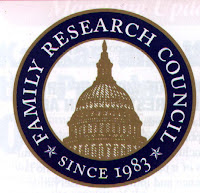 I've encouraged you in the past to sign up for the Family Research Council's free e-mail updates that are of terrific help to Christian activists. Here are excerpts from a couple of their latest to show you what I mean:

* Sen. Barack Obama (D-Ill.) has announced his intent to reform American health care. Obama promises that his plan would create insurance for the estimated 45 million Americans who currently go without. In Iowa, Obama claimed that his plan would save the average customer about $2,500 a year. "My plan begins by covering every American. If you already have health insurance, the only thing that will change for you under this plan is the amount of money you will spend on premiums will be less," he said. Obama's plan also calls for the creation of a National Health Insurance Exchange to monitor private sector companies that provide the coverage. When pressed about the cost of such a proposal, Obama was vague but admitted that it would be "high." "To help pay for this," he responded, "we will ask all but the smallest businesses who don't make a meaningful contribution to the health coverage of their workers to do so to support this plan. And we also will repeal the temporary Bush tax cut...," including, apparently, its pro-family features..

* Since January, House leaders have tried at least twice to fund the morning-after pill in legislation. Considering the latest research on the drug, pro-lifers are increasingly grateful that those efforts failed. Although liberals insist that Plan B simply prevents conception, new data shows the drug does more. According to the latest Journal of Fertility and Sterility, the morning-after pill can cause a woman to abort. This week, Drs. Rafael Mikolajczyk and Joseph Stanford released their findings after analyzing multiple studies. As a result of the morning-after pill, "the developing baby cannot implant into the mother's uterus and complete the rest of the growth... process that leads to birth." According to the study, pills like Plan B "work to make the uterus inhospitable to life," causing tiny human beings to die. The doctors also concluded that, depending on when it is used, the morning-after pill is only 8%-49% effective. Their findings are incredibly damaging to proponents of Plan B, particularly those who argued that it would reduce the number of abortions in America. How can a drug decrease the abortion rate if it contributes to it? As Sens. Hillary Clinton (D-N.Y.) and Harry Reid (D-Nev.) renew the fight to subsidize mass quantities of Plan B in legislation like S. 1075, join us in reminding them that taxpayers should not be forced to foot the bill for chemical abortions.

* As the deadline looms on renewing a key federal abstinence funding program called Title V, another questionable study is poised for release in the American Journal of Sociology on the "benign" effects of teen sex. The article suggests that having sex at age 15 or older doesn't have harmful emotional consequences after all. Of course, this assertion runs counter to decades of research which demonstrates that teens who engage in premarital sex experience increased depression and decreased self-worth. However, the left is willing to use even flawed studies as ammunition in their war to slash Title V funding...
Posted by DH at 7:39 AM