Global Warming? Not According to the Data. 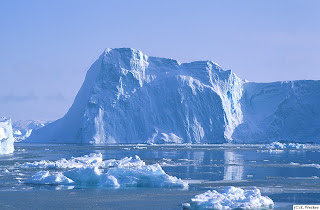 Dr. Tim Ball and Tom Harris in a brief article in the Canada Free Press argue that new findings indicate today's greenhouse gas levels are not unusual. Thus, the preoccupation of liberal politicians and the mainstream media with global warming is based on...well, let's just say, something other than good science.

"Stopping climate change" may be all the rage with celebrities and environmental lobbyists, but fortunately for the rest of us, the scare's scientific foundation is rapidly disintegrating.

One of the fundamental pillars of the hypothesis that humanity is causing dangerous climate change is the belief that levels of carbon dioxide (CO2), the greenhouse gas of concern in countries such as Canada, have been rising steadily since the start of the industrial revolution. But what if CO2 levels have not increased? How could our emissions of this otherwise benign gas then have anything to do with the past century's modest warming?

While Antarctic ice core records supposedly 'prove' a significant increase in CO2 in this period, there are serious problems with this data. Besides the fact that ice bubbles take about 80 years to form and so cannot give a single year accurate measure, the continual freezing, refreezing and pressurization of ice columns may greatly alter the original composition of the air trapped in the bubbles. Nevertheless, the UN's Intergovernmental Panel on Climate Change (IPCC) and many others have accepted as meaningful the ice core results that indicate a pre-industrial CO2 level of 280 parts per million (ppm), in comparison with today's 385 ppm.

The most accurate way to determine the atmosphere's average CO2 content is to simply conduct a direct chemical analysis at many different places and times. Fortunately, there are more than 90,000 direct measurements by chemical methods between 1857 and 1957. However, in what appears to be a case of 'cherry-picking' data to fit a pre-determined conclusion, only the lower level CO2 data were included when the pre-industrial average was calculated (see below graph where data used in the averaging is highlighted). This is the average that was used to supposedly 'validate' the long term ice core records on which Al Gore and others depend...

In a related item, House Speaker Nancy Pelosi has given us one of those ridiculous statements that had it been uttered by George Bush would have provided Letterman, Leno and Saturday Night Live with their opening jokes. After leading a much-publicized congressional delegation to Greenland, Pelosi explained that they saw "firsthand evidence that climate change is a reality."

But as Dr. E. Calvin Beisner of the Cornwall Alliance comments, "Climate change is a reality" is about as significant as "water is wet." Climate change has been happening throughout geologic history. What's more, whatever Pelosi saw going on in Greenland is no evidence of global warming, because temperatures in Greenland have not risen significantly in the last several decades, and the total ice mass on Greenland has grown slightly rather than shrinking slightly.

David Limbaugh looks at Pelosi's trip also and his warnings about the increasingly coercive attitudes of the global warming folks are important to heed.