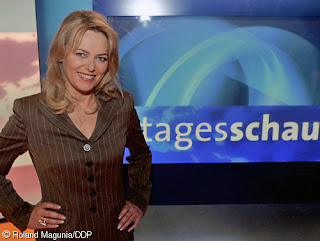 A leading German TV-moderator and anchorwoman of the country’s top newscast caused an uproar last year when she admitted to regretting her three divorces, and condemned abortion, Die-Tagespost reported.

Eva Herman published her account of the fatal flaws in a career-oriented lifestyle in a bestselling book entitled “The Eva-Principle: Towards a New Femininity”, released last year. Now she’s published a second book, this one containing letters from women supporting her rejection of feminist self-fulfillment propaganda, reported The Spiegal news magazine.

Her sequel, Dear Eva Herman, captures the responses of women who welcomed the admission that professional success had not compensated for the loss of genuine family life.

“The fact you’ve been criticized as being a traitor towards women shows just what sort of femi-fascism we have to live under nowadays,” one woman wrote...