The Legacy of Che 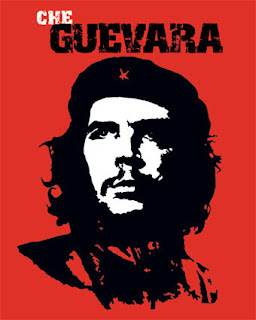 Fidel Castro is near death, and it is important to realize that with his death one of the last hardcore communist totalitarian states may fade—remaining only as a bad memory. It is ironic that the man that helped Castro enslave Cuba, Che Guevara, is lauded by the campus Left. College professors present him as a heroic doctor who departed his homeland of Argentina to struggle for the release of the people of Cuba from the rule of dictator Fulgencio Batista. After succeeding there by accomplishing the first and only socialist revolution this hemisphere has ever seen, Che later moved to Bolivia to aid the Left. He died as a martyr in Bolivia.

Che has become a figure etched deeply into the public conscience. It began during his time. Pundits, authors, and television hosts including Walter Lippman, Ed Murrow, Jean Paul Sartre, Norman Mailer, Jack Paar and Ed Sullivan glorified him. The promotion of Guevara continues today. From coffee mugs to posters to jingles at the end of key rings to t-shirts, everywhere one turns one’s head, he finds the face of Che staring back. In 2004 at Robert Redford’s Sundance Film Festival, The Motorcycle Diaries, a film about Che, received a standing ovation. This was the only such ovation at the festival. However, nowhere is the promotion of Che as intense as it is on America’s colleges and university campuses. Courses promote him, professors extol him, and undergraduates suffer through learning his radical ideas.

However, several problems lurk for those who would consider Che to be a shining moral example. Topping the list is evidence that Che was a mass executioner who conducted many of his executions without a jury. Che said, “To send men to the firing squad, judicial proof is unnecessary.” Such a judicial procedure in his mind was “just an archaic bourgeoisie detail.” He reminded those who listened that “this is a revolution! And a revolutionary must be a cold killing machine motivated by pure hate.” Che’s firing squads employed a .45 slug and fired from a distance of five paces, splattering blood, brain, and bone on the wall behind, which was later shown to the friends and relatives of the recently deceased...

And yes; there's more grim wickedness about the Communist thug to learn about. And you will certainly not learn it from the MSM or your kid's college professors. So, read the rest of this Floyd Brown article right here.
Posted by DH at 10:22 AM