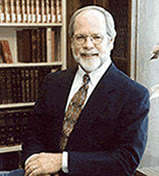 David K. Naugle has written an outstanding essay, "Competing Cultures of Advent: Humanity's Quest for Hope" and you'll find it over at Charles Colson's Breakpoint web site. It is a piece which makes terrific reading for Christmas. Or, for that matter, for New Year's Day or Easter or Groundhog Day!

...To be sure, the kind of advent expectation that characterizes non-Christian culture is considerably different in character than the advent expectations of the Church. In contrast to the biblical story with its promise and fulfillment of a coming Savior who will redeem humanity and all creation from the tragic consequences of sin, death, and Satan, our secularized culture—which is no less religious in character—offers its own humanistic narrative of a redemptive history that focuses on other kinds of saviors and other kinds of salvation.

In particular it focuses on the savior of science, which is deemed to be omniscient or all knowing, and the savior of technology, which is said to be omnipotent or all-powerful, and the savior of the economy, which is said to omnibenevolent or all good. When the three facets of this secular trinity are combined into one, they will construct a humanistic utopia that will overcome evil and injustice, and make all things new! This is our secularized advent hope; in truth, it is the biblical story of the Tower of Babel in Genesis 11 revisited...

Naugle, a professor of philosophy at Dallas Bible University, is also the author of Worldview: The History of a Concept (an insightful review by James Skillen of which is here.)