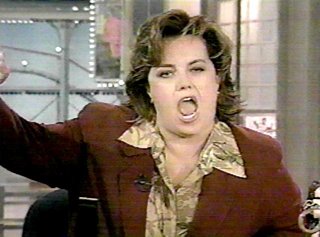 You've heard by now of Rosie O'Donnell's crude rant against Christianity on ABC Television's ultra-liberal program, "The View." In a discussion of the 9/11 horrors, O'Donnell suddenly piped up with, "Radical Christianity is just as threatening as radical Islam in a country like America where we have separation of church and state." And, in a shot at America;s action against the murderous regime in Iraq, she continued: "And as a result of the attack and the killing of 3,000 innocent people we invaded two countries and killed innocent people."

Neither O'Donnell nor ABC has apologized for the comments. Of course, were these ravings made against any other group, O'Donnell would probably be looking for another job already. Let's at least seek to get an apology from ABC.