It Pays to Pressure -- Frist Makes A Move 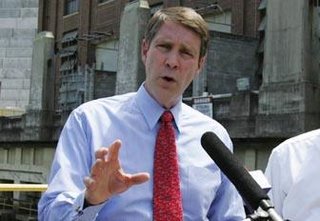 The previous post deals with Bill Frist's lack of effort (until last night!) to move the Child Custody Protection Act forward. Well, here's another example of how you have to loudly sound the alarms before you can expect action on the moral issues from Republican leadership. The cry was raised and Frist finally came through.

Here's the Family Research Council comments which are, I think, a little too magnanimous towards the Majority Leader but...

In a bold move to save an important piece of legislation, Senate Majority Leader Bill Frist (R-TN) filed for cloture last night on S. 403, the Child Custody Protection Act (CCPA). This move was necessary to defeat the obstructionist tactics of the Senate Democratic Leadership on this bill and Senator Frist deserves great praise for showing such leadership.

As you may recall, CCPA passed the Senate once before this year with a bipartisan victory of 65-34. However, the Senate will vote on CCPA once again in an attempt to overcome the deceptive tactics of Senate Minority Leader Harry Reid (D-NV), who first voted for the bill and then had his allies block it from getting to the President.

CCPA seeks to protect both parental and state rights by making it a felony for nonparents to take minor children across state lines for an abortion in an attempt to circumvent state parental involvement laws. Senator Reid and others who would hope to block this key bill must answer as to whom they want to protect: abortion doctors and statutory rapists or parents and families?

Your help is needed; please call your Senators to vote for this vital measure that would protect our daughters when they are most in need.
Posted by DH at 6:27 PM