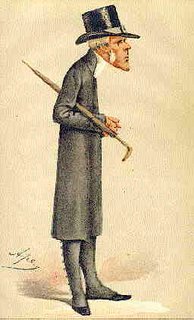 In Rapid City, South Dakota, a few liberal church leaders got together for a little pity party. Their whine? People expect them to take some kind of stand on moral issues like abortion and homosexuality. Or, to be more honest, people expect them to take stands that are closer to what the Bible obviously teaches rather than the whimpering, poorly argued liberal positions they've already taken.

Rev. Bruce Herrboldt, pastor of South Park United Church of Christ in Rapid City, claims "the religious 'middle ground' is increasingly marginalized and silenced by the polarizing effects of issues like abortion and same-sex marriage in the Christian community."

"That's where my anger starts growing," said Herrboldt. "I'm required more and more often to be 'either/or' on issues. For most of us, the genius of our democracy is getting lost. The grand middle that allows for there to be extreme views is getting smaller. It's like sitting on a knife edge these days."

The fact, of course, is that there is no "middle ground" when it comes to Holy Scripture. You either believe it and obey or you reject it and go your own way. In such areas as abortion and homosexuality, the lack of a "middle ground" is particularly obvious. You can't divide a preborn baby and please all sides. Nor can you compromise on homosexual activity - one either condones it or criticizes it. Rev. Herrboldt's wimpy protest of "either/or" choices is not remotely justified. Heck; it's not even grown up.

But Rev. Herrboldt's whining aside, his actions prove he doesn't want compromise anyhow. Nor does he even want honest dialogue. Note, for instance, that he serves in a denomination that has staked out very clear positions on legalized abortion: they're definitely and outspokenly for it. And the seminar he organized here was so slanted, it had no hope of ever standing up straight.

The speakers were all pro-abortion (provided by the Religious Coalition for Reproductive Choice and from the Network for Spiritual Progressives, neither group of which is anything close to a "middle ground" on these issues) and steps were taken to keep opposing views from being presented even by attendees. As the news story presents it..."The Rev. Marc Stewart, a Rapid City member of Pastors for Moral Choices, said invitations to the seminar were targeted to area churches where the issue of abortion is unsettled, open or divisive...The seminar was not open to the public or to the media."

So, no; I'm afraid that Rev. Herrboldt's little "in-house party" was not about a sincere search for God's views on abortion and other divisive issues nor was it even about finding ways in which to profitably discuss these matters with opponents. It was simply the same kind of whining session that liberal clergy are becoming known for. For once they've jettisoned the revelation of Christianity...once they've established a pattern of surrender to a decadent culture rather than submission to a holy, personal God, they've given up any chance of moral authority.

And so the liberal churches are, to use Rev, Herrboldt's word, "marginalized" as their congregations dwindle and their influence in the culture disintegrates.

After all, people look to religion for answers to life's problems. They desire strength, moral authority and solid truth. What they're not looking for is the illogical, cowardly ways of the ethereal "middle ground."
Posted by DH at 6:08 AM