The Developing Threat of Russia 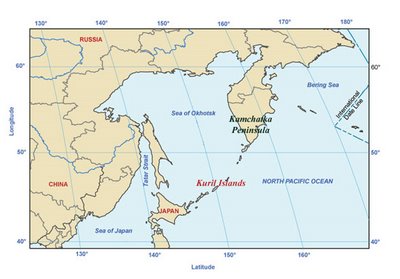 The Russian bear may go to his cave, but he does not hibernate. He remains very much awake and continues his course of malevolent mischief.

Here are just a couple of "incidental" items to remind you that our former Cold War enemy remains very hot when it comes to aggressive actions against the West.

Mitsuhiro Morita, 25, from the far-northern town of Nemuro, was shot through the head as he was hunting for crabs in the Habomai islets, which are claimed by Japan but occupied by Russia. The killing reflects the arrogant (and now deadly) behavior of Russia towards their disputed claims over the Kurile Islands and the waters around them. Even if the claims were valid, why was lethal force used against the fishermen who had strayed into the area?

The Russians, in characteristic fashion, are denying any wrongdoing and, in fact, have used very harsh language in blaming the Japanese government. The Russian Foreign Ministry said on August 16 (the very day the killing occurred, thus before a thorough investigation had taken place) that the Japanese authorities bear responsibility. "It is clear that responsibility for this incident rests fully and completely with those who were directly guilty, and also with those representatives of the Japanese authorities who connive in poaching by Japanese fishermen in Russian territorial waters."

Perhaps related to the Russian belligerence is that they were to begin "naval exercises" in the waters just off the Kamchatka Peninsula on the following day, an affair involving 20 Russian vessels. Did the spirit of war games boil over prematurely...and criminally, resulting in an innocent fisherman’s death? Whatever the motive, the haughty way the Russians have reacted is very unsettling. (Here are a couple of news stories dealing with the problem: a story from the Times (U.K.) and an account from Radio Free Europe.) 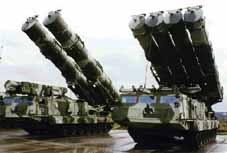 Not only must the West face the fact that Russia remains "bad-tempered" and presumptive. It must also deal with Russia's penchant for arming the enemies of civilization. This is evidenced in the Russian weapon caches found in Iraq, the known contracts that have sent Russian arms to Iran and Syria, and now (as this AP story relates) in the missiles being used by Islamofascists of Hezbollah against Israel.
Posted by DH at 1:02 PM