Making Pork Barrel Spending Harder to Get Away With 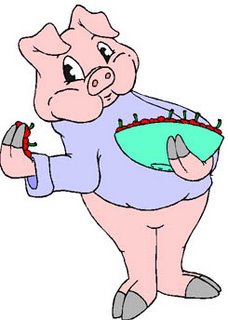 “The deck is stacked in favor of bigger government and more spending"-- so argues Citizens Against Government Waste. Therefore, in addition to several other actions they are encouraging to cut the pork from government spending, CAGW has endorsed the Obligation of Funds Transparency Act (S. 1495 and H.R. 1642, respectively). The Act is sponsored by Rep. Jeff Flake (Republican from Arizona) and one of his Senate counterparts, John McCain, also from Arizona.

For more on this proposed legislation, including contacts to help move it forward, read this article.

Here's a sample letter I sent to my Nebraska Congressman, Lee Terry...

In addition to the critical right to life issues about which I have frequently written to you, I appreciate your serious consideration of other matters of great consequence. Among these, of course, are such issues as religious freedom, national defense, the restoration of the balance of powers as designed by the framers of the Constitution, and a dedication to oppose the incredible escalation of government spending.

It is in reference to this last goal that I urge you to co-sponsor the Obligation of Funds Transparency Act (H.R. 1642). It is only one tool to control the out-of-control waste of government funds, but it is an important one.

Thank you for your quick attention to this bill.

Denny Hartford
Omaha
Posted by DH at 9:14 AM