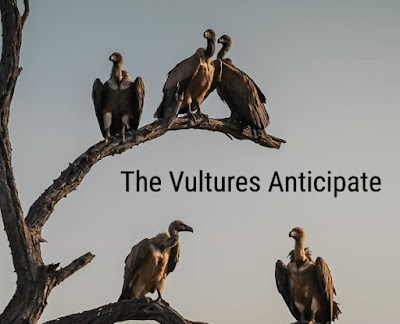 After the latest in what is always a sober, encouraging, and stimulating Thursday morning conversation with John, Patrick, and me (sober because we face realistically the darkened culture in which we live, encouraging because we are born-again Christians who know God is at work in us and that we will one day enjoy the fruits of His forever victory, and stimulating because a priority purpose of our fellowship is to make us more effective ambassadors for Christ in the midst of that darkened culture), I have four brief responses to this week’s American elections.

1) The Democrats’ devotion to decadence is deliberate and deep.  Cases to prove the point are hardly necessary but, if you require them, simply note how the Democrat position on abortion has changed. In one generation (and despite the advances in our knowledge of the humanity of the preborn), the Dems’ line of “safe, legal, and rare” has now become a demand that the savage, lethal act of abortion is actually “a sacred right” that should have no limits whatsoever. In fact, it must be supported and paid for by the corporate citizenry. And, while they’re at it, today’s Democrat leaders are also committed to eliminating whatever freedoms of conscience and speech might oppose the nefarious deed. My, my.  I won’t belabor the many other points of the godlessness which marks the Democrat Party: the denial of biological realities, censoring truths which contradict the party lines, severe limitations on parental rights, severe limitations of religious freedom, and so on.

2) There is certainly a spirit of delusion abroad and the father of lies has been very busy through the establishment media, the millions spent by folks like George Soros and Mark Zuckerberg, “broken” voting machines, radical obscurantism practiced by media and the Deep State, and more.  But the trouble isn’t all from misinformation but also from willful blindness; that is, people knowing the truth but choosing to ignore it or even silence it.  Romans 1:18 describes it as “suppressing the truth in unrighteousness” while I John 2:11 speaks of how sin’s darkness blinds one’s eyes to the truth even when it is shining all around him.

3) Today’s church leadership (with a few exceptions) is irresponsible to the max when it comes to enlightening their congregations about the crucial spiritual issues of the day, let alone failing to equip and mobilize them to effectively confront, by the light of Christ’s justice and holiness, the pressing immorality. Look around, preacher. The abortion businesses are thriving with hardly a whimper from the pulpits. The monopolistic government schools are featuring drag queens, inter-sex bathrooms, and lesson plans that are rabidly anti-Christian, anti-family, and anti-American. The establishment media and the social networks are ever more oppressive in denying the promotion of biblical truths.  And what do our church leaders do in response to these increasing attacks? Well, they’re not doing much. And one wonders when things would ever get bad enough that they would start. Sigh.

4) But here’s the 4th observation. There are a few who haven’t yet bowed to the darkness.  There are still heroes and heralds.  There are still men and women of conservative character, convictions, and courage.  And even though such warriors battle, as it were, from the last ramparts of the Alamo, we want very much to make our principled, happy stand alongside them.

“And I looked, and arose and said to the nobles, to the leaders, and to the rest of the people, ‘Do not be afraid of them. Remember the Lord, great and awesome, and fight for your brethren, your sons, your daughters, your wives, and your houses.’” (Nehemiah 4:14)

“Therefore do not cast away your confidence, which has great reward. For you have need of endurance, so that after you have done the will of God, you may receive the promise.” (Hebrews 10:35-6)