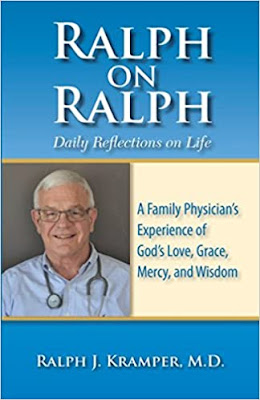 In a conversation yesterday with Ralph Kramper, an old friend, pro-life colleague, and long-time family physician (before he retired), I heard a fascinating and inspiring story about Creighton University Hall of Fame athlete Bob Portman. I then learned that Ralph had written a brief tribute and I asked him if I could post it on Vital Signs Blog. Graciously, he gave me the go-ahead and so I present it here with my highest recommendation.

There’s More to Life Than a Number
by Ralph Kramper, M.D.

On Monday afternoon, while traveling from the graduation of a grandson in Wisconsin, I received a phone call on my wife’s cell phone from my good friend Bob Portman asking me if I knew who would be wearing #33 on the Bluejay basketball team.  We had been out of town for five days (no Omaha World-Herald newspaper) and though my own cell phone was fully charged, it was in my suitcase.  So I had no idea.  He explained the assignment of his long-retired jersey to a current freshman recruit who wore that number while in high school. 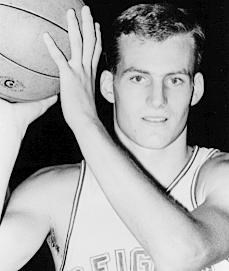 Bob and I had become friends during his junior and senior season at Creighton as his girlfriend Patty (now his wife) knew me from college at St. Benedict’s in Atchison, Kansas.  Patty and I would listen together to the away games on the radio (I was of no threat!).  I have been a Jay "backer" and season ticket holder since graduating from med school in 1971.  Bob not being allowed to play varsity as a freshman (and with no 3-point line in his day) makes his career stats even more
amazing.  Drafted by the San Francisco Warriors, he played four seasons with Jeff Mullins and Rick Barry.  After four seasons and with options available, Bob chose to retire from professional basketball to devote more time to his family.  I was present at his induction into the Creighton Hall of Fame (legendary UCLA coach John Wooden spoke) and at his induction into the Missouri Valley Hall of Fame.

So it came as no surprise that a man of God with great faith and humility would say “yes” to Coach McDermott’s request to "un-retire" his jersey number.  Having weathered several health storms, Bob epitomizes a man for others.

Living in a society that is so often egotistical and self-centered, it’s refreshing to see someone who is about others and not self.  That unselfish “other” spirit is what I believe characterized the 2021-2022 Bluejays.  May that continue and may we all look in the mirror and ask ourselves, “Am I about self, or am I about others?”  It’s never too late to change.