Of Heroes & Heels (A Few More of Last Night's Letters)

Winston Churchill once wrote that "courage is rightly esteemed as the first of human qualities…because it is the quality which guarantees all others." You have again and again demonstrated political courage as an example of your principled character and devotion to high quality leadership. Thank you.

Thank you especially for the courage you have shown in the pro-life cause. But we are also proud of you – and grateful – for all of the services you have performed for the people of Nebraska. Stay the course.

Just a quick note to express our admiration and appreciation of your nation’s principled defense of the sanctity of life, especially as you seek to care for preborn boys and girls and their mothers. You are demonstrating a historic Christian ideal that challenges the whole world…and inspires it too! You are in our frequent prayers as you resist the E.U.’s bullying. 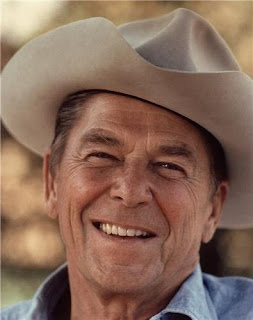 This next note was sent in a card bearing this photo of Ronald Reagan.

Do you remember when the U.S. had a man of character, courage, and compassion for all, including pre-born boys and girls as our president? Well, we do – and we are fervently praying that you start following his example!

Remember when we had a real President? One who was a man of integrity, compassion, wisdom, and true patriotism? A President who cared about morality, justice, and the sanctity of all human life? A person who wrote his own speeches, who didn’t need handlers, and who was fairly elected to the office?

We are still waiting for your apology to the people of Nebraska for your “aiding and abetting” enemies of our country (i.e. the radical left which is controlling the Democrat Party nowadays) in your ill-timed and extremely counter-productive remarks against President Trump prior to the election.

And the second apology for your vote for Donald Trump's impeachment, especially now that the whole nation understands the January 6 fiasco to merely be a twisted media narrative with absolutely no evidence pointing to President Trump?

A drag queen “entertainment” that, as was later claimed, helped ensure "our ranks reflect and are inclusive of the American people [which is] essential to the morale, cohesion, and readiness of the military”? What a sad, sick joke to present a celebration of sexual deviancy as “essential” to military readiness.