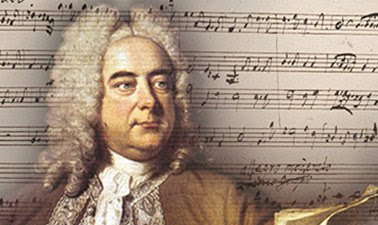 Yesterday afternoon (Sunday) I was blessed to attend the Voices of Omaha 51st annual presentation of Messiah, George Handel’s epic oratorio written in 1741. The performance was at the Holland Performing Arts Center downtown, a perfect showcase for a musical event.  Claire wasn’t feeling well but she urged me to fulfill the promise we had made to our dear friend Sharon Struve who sings in the choir. Indeed, Sharon was, I believe, the only charter member of that company singing yesterday.  And there she was thoroughly enjoying her participation with the choir, orchestra, four professional soloists, and a large audience as Handel’s grand review of Christ’s predicted coming, His birth, His earthly ministry, His crucifixion as He dies to pay the penalty for man’s sin, His resurrection, and His promised return to earth as King of Kings transpired over 2 and ½ hours. It is a truly glorious, inspirational work and yesterday’s performance was superb.

(By the way, I was pleased to learn that Claire had found an online performance of Messiah and, while we were at the Holland enjoying it, she was at our living room fireside doing the same.)

The “we” in the above sentence mostly includes “good friends and true” Patrick Osborne and Quint and Carol Coppi who I sat with.  But I greeted several friends in the audience: the Coker family, Lynn & Frieda Schmit, a group from the men’s Bible study that used to meet at the West Maple Panera, and a few others including a few new friends we made that afternoon.

The music of Messiah is sweeping, dramatic, and provocative.  Yet it is, of course, the text of the oratorio (taken almost exclusively from the King James Bible) that provides the most powerful spiritual illumination. I jotted down quite a few notes on my program as the concert progressed, most of them made with a view to do a more intensive study of several of the phrases (even specific words) that are included in the text selected for Handel by Charles Jennens. I’m confident that it will make for an excellent series of studies and meditations for my Christmas season.

But while I’m writing up my thoughts the day after hearing Messiah, let me make a few observations of a more philosophical kind. Number one, it wasn’t just a concert I attended; it was genuinely a worship service.  Sure, I know that many in the audience and even in the company of singers and musicians probably did not consider it as such. Nevertheless, it was for me. The bold exposition of Holy Scripture; the exquisite music; the glory of God reverberating through the creativity and talents He so liberally gives to human beings; the fellowship involved in sharing the experience with good friends; the beautiful interpretations given by the two young women doing sign language; and the stirring example of Sharon’s faithfulness and courage to sing praises to God despite the pain and frustration she’s dealing with. All this and more made yesterday afternoon a very special ministry to my soul.

Secondly, I was struck anew by the significance a simple smile can express. There were several moments yesterday afternoon. The smiles of the chorus members as they performed but also when they were listening to the soloists and the orchestra. The particularly striking grin of the tenor soloist when the Scriptural text changed from a description of Christ’s crucifixion to His magnificent resurrection. And, of course, the smiles I saw all across the auditorium as the audience members were moved to joy and hope when the text illustrated the fantastic splendors of the gospel.

A third item. I find it thrilling that the tradition of audience members rising to their feet and standing throughout the famous “Hallelujah Chorus” has continued through the centuries to today.  Yes, moderns often seek to downplay this dramatic response by attributing it to mere tradition started by King George whose standing at this moment of the oratorio required every mere citizen to also stand. This alone could be but an old wives tale. But, even more wildly speculative is the reason so often given that the King stood (the woman introducing the program yesterday trotted out this old tale) not out of reverence of any kind but merely to stretch his legs. But then secularists are uncomfortable with any religious motivations and they diligently try to find other reasons for spiritual acts…especially God’s. Anyhow, this skepticism was roundly refuted yesterday – and at every performance of Messiah -- when so many in the audience enthusiastically (indeed joyfully) rise from their seats in celebration of the divine truths of Christ’s ultimate victory over sin, Satan, and death. Count on it; this happy, response has nothing to do with King George’s arthritis.

And finally, as I’m speaking of tradition, I praise God for the patient, longsuffering mercy He has bestowed upon the world. But I was praising Him quite specifically yesterday for the tradition of this 18th Century oratorio as just one example of that grace. Think of it. The Messiah, resplendent with gorgeous, inspirational music but its foundation being several texts of the holy, ever-relevant Word of God is still so frequently performed throughout the world.  And this even though Western culture has turned its back on Jesus. As the Messiah text reminds us, we have despised and rejected Him. We have turned to our own ways. Nevertheless, the Lord continues to provide beauty, enlightenment, conviction, the miracle of the new birth through faith in the Savior, second chances, the empowerment of the Spirit, the availability of the Word.  Even in our darkened culture, God provides light enough to find our way to Him. Through Handel’s Messiah. And, if we are willing, through you and me.

And so I’m moved by yesterday’s oratorio to make sure I’m also doing my part to be a “light of the world,” presenting the gospel to my culture in as winsome, wise, and uncompromising way as possible.
Posted by DH at 8:19 PM