What Most Astonishes You About Jesus? 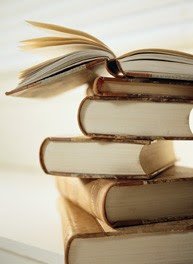 In recent years, I have more frequently shared the fruits of my personal Bible study in LifeSharer letters, in posts on Vital Signs Blog and Facebook, even in my correspondence with individual friends. However, after reflecting on comments made by colleagues in the last few weeks, I’ve decided to do that even more often. The following is an example...

What Most Astonishes You About Jesus?

The people’s response to Jesus healing a man from Sidon (a man who was deaf and unable to speak easily or plainly) is recorded in Mark 7:37.  The verse reads, “They were utterly astonished saying, ‘He has done all things well.  He makes even the deaf to hear and the mute to speak.’”

The word translated “astonished” in that verse is the Greek word ekplessomai which literally means “to be greatly struck” — plessomai being the struck part and the preposition ek adding extra emphasis to the word.  We suggest the same idea when we speak of something being “striking” or something “hitting” us hard.  And, of course, it makes obvious sense that witnessing such a miracle as the one Jesus performed here would “strike” anyone with awe and wonder, maybe even a bit of fear.

But what I found of immense interest in a recent study I was conducting was where else that particular word shows up in the New Testament.  For being astonished at a miraculous healing conducted before your very eyes is natural enough. It is what anyone would experience. And yet all of the other uses of the word ekplessomai — and there are 9 of them — describe the reaction of bystanders not to physical miracles but to the exposition of theological doctrine!  That’s right; the Scriptural record indicates that it is the teaching of Jesus that astounded His hearers more than anything.

(Note: In 8 of the other places where ekplessomai is used, it refers specifically to the teaching of Jesus. The 9th occasion is found in Acts 13:12 of a sermon preached by the apostle Paul. Yet even there, the Bible underscores that it is the teaching of the Lord Jesus through the apostle Paul that resulted in the astonishment of Serguis Paulus, the Roman proconsul that Luke makes a point of describing as “intelligent.”)

So, consider this very “striking” description. It was the teaching of Jesus – its wisdom, authority, freshness, liberating grace, and authenticity – that most astonished the crowds.  More even than the physical miracles Jesus performed: various healings, exorcising demons, calming the storm, feeding thousands from a few loaves and fish, and even raising people from the dead. Oh yes; through these many and various miracles, Jesus provided more than enough to dazzle people and let them know that He was much more than a new prophet on the scene.  Nevertheless, the Bible texts indicate that it was Jesus’ teaching that most astounded the crowds, including the disciples themselves. Wow.

This response, by the way, is shown elsewhere by the use of other Greek words as well.  For instance, existemi literally means “to be put out of one’s self.” It is usually translated as “amazed” as in Mark 5:42 of the people’s reaction to Jesus raising a young girl from the grave and in Luke 24:22 regarding the disciples’ reaction to the news of Jesus’ resurrection.  But that Greek word is also used in Luke 2:47 of the reaction of “the teachers of Israel” to the understanding and wisdom shown by Jesus – when he was only 12 years old!

Also, there’s the Greek words thambo and ekthambo which are also translated as “amazed” or “astonished.” That’s the case in Luke 5:9 of the response of Peter and company to the miracle catch of fish they landed thanks to the Lord’s instruction and the profound surprise registered by the disciples beholding an angel in the empty tomb where Jesus’ body had earlier been lain. But that word thambo is also used in Mark 10:24 of the disciples’ reaction to Jesus’ teaching about the difficulty of entering the kingdom of God.

Once again, the Bible’s use of these words underscores how truly impressive and important was the teaching of Christ. And it is the teaching of Jesus that should most amaze us today too. Indeed, it is the revelation of Christ Himself and His purposes, His illustrations and applications of divine truth, His profound exposition of the Old Testament, His depth of wisdom regarding not only God’s ways but man’s ways too,  and His explanation of the gospel of salvation He so graciously offered that should win our greatest respect, appreciation, and wondrous awe.

Lord Jesus, more than physical miracles, more than subjective experience, may I always be most astounded by Your authoritative, wise beyond description, and soul liberating teaching. May it inspire in me ever increasing gratitude and obedience.  Thank You.