Can Someone Be Sure They Are Going to Heaven? 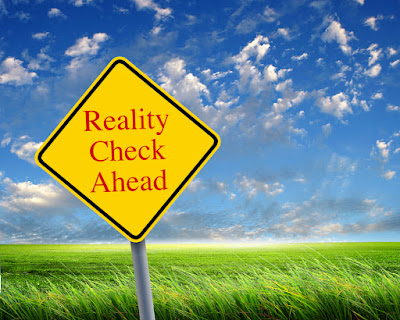 Jesus told His disciples, “Nevertheless do not rejoice in this, that the spirits are subject to you, but rejoice that your names are recorded in heaven.” (Luke 10:20, NASB)

My confidence that I am going to heaven when I die has sometimes been criticized by certain friends and acquaintances as being an unwarranted presumption. How can you know? How can you be so sure? Isn’t it a pretty egocentric, self-righteous attitude to consider your admission through the pearly gates a done deal?

Well, actually the presumption and the egocentricity would be to dare stand in judgment of Christ, to dismiss as irrelevant foolishness His promise, to treat Jesus as someone who either cannot deliver on His word or, even worse, to act as if He is a cruel liar dangling before His followers something they will never receive.

The presupposition behind such questions, of course, is that a person needs to attain a certain level of holiness to qualify for heaven. Such people believe that they must make the grade with God by racking up enough religious points and, conversely, by avoiding sins altogether or at least being profoundly sorry for them afterwards.

But alas, on those grounds, no one will make the grade! In Romans 3, the apostle Paul explains that all people are “under sin.” Indeed, he says that we are slaves to sin. And our “slave wages,” the Bible goes on to say, is eternal separation from God…and everything else. Brother, that’s as bad news as you’re ever gonna’ hear.

But then onto this dark, tragic stage entered the gospel (literally, the good news) announcing that a way of escape, of deliverance, of salvation has come our way. And it’s not in us. It’s not something we can do to bribe God or to fool Him or to placate His righteous standards. No, the salvation offered is through Jesus Christ Whose death and resurrection is an offer to pay our debt – freely, in full, and forever.

“But God demonstrates His own love toward us, in that while we were yet sinners, Christ died for us. Much more then, having now been justified by His blood, we shall be saved from the wrath of God through Him. For if while we were enemies we were reconciled to God through the death of His Son, much more, having been reconciled, we shall be saved by His life. And not only this, but we also exult in God through our Lord Jesus Christ, through whom we have now received the reconciliation.” (Romans 5:8-11, NASB)

“But now having been freed from sin and enslaved to God, you derive your benefit, resulting in sanctification, and the outcome, eternal life. For the wages of sin is death, but the free gift of God is eternal life in Christ Jesus our Lord.” (Romans 6:22-23, NASB)

Salvation  -- complete and forever salvation -- is available to everyone but not through earning enough “religion credits” to impress God. That will never happen. Rather salvation is received by the simple act of believing in Jesus’s atoning death and resurrection in your behalf. And that is not presumption. That is not pride. Having your name written in the book of life that Jesus refers to in Luke 10 is not a matter of religious works or ascetic denial. It is only the humble acceptance of the gift offered by a gracious and trustworthy God.
Posted by DH at 7:32 PM