A Conversation About Government Schools 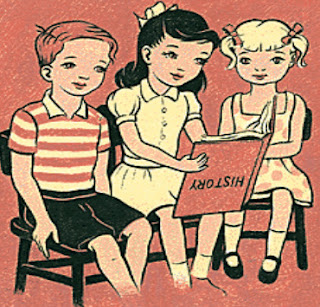 The first paragraph below is the transcript from one of my 60-second radio commentaries that airs each weekday at 7:59 AM on KLCV out of Lincoln and Omaha.  It deals with present crises that plague the government schools. The commentary, however, was not appreciated by at least one fellow who works for the system. I thought it constructive to post below the correspondence that emerged, both to clarify some of the priority issues involved and to serve as an example that dialogue even among dissenting parties can be enlightening and constructive for all concerned.

The radio commentary: A record 1.7 million graduating seniors took the SAT tests last year.  But their scores were absolutely abysmal. The math scores, for instance, were the worst in more than four decades.  And that’s with 3.2 trillion dollars tossed in the system by local, state, and federal money.  Let’s face it…public schooling has become a genuine disaster.

Consider what the government schools are producing.  Historical revisionism. Extremes of liberalism’s political correctness.  Sex “education” provided by the likes of Planned Parenthood.  Bullying and the worst peer pressure one will ever experience.  A trashing of Western civilization’s ideals.  And, on top of all of this, a spiraling cascade of academic failure which makes kids dumber by the day.  Oh, my. The government schools – your tax dollars at work.

The following email note came later in the day from a fellow I’ll refer to as John Doe — “I heard your statements about public schools this morning on Bott Radio while I was driving to work.  I am a Christian, and I work as a special education teacher in a public school.  I found your statements, and the article I found on your website to be very discouraging.  When I shared your statements with my Christian co-workers they were also discouraged.  I know that there are flaws in the public school system, but blanket statements such as the ones you have been making are harmful and hurtful.

Many of the teachers and administrators that I work with are Jesus loving Christians.  For many of the students at my school, Christian teachers are the only exposures to the love of Christ that these children will have.  I see so many teachers loving the unlovable, and giving of themselves in many ways.  I personally have had, and taken several opportunities, to speak openly to my students about my relationship with Christ, and to encourage them in their walk with Christ.  Christ spent his time with sinners ministering to them.  Your call for a mass exodus of Christians from public schools, and statements like 'Better get your children out now before it's too late,' are the opposite of what we need.  We are called to be the salt and the light of the world.  You are right, we could pull all of our Christian students out of public schools and send them to private Christian Schools, but Christ said in Matthew 5:15 'Neither do people light a lamp and put it under a bowl. Instead they put it on its stand, and it gives light to everyone in the house.'  Christians need be in society sharing Christ and His love, not withdrawing from it.  Just as you ask people to pray for your ministry, please ask people to be praying for the Christians in public school.  Please work to build up your brothers and sisters in Christ who see the public school system as a mission field.”

Dear John Doe, thanks for your note. And while I appreciate some of your points (especially the role that Christian teachers and staff can have in the government schools which, by the way, I never opposed in today's commentary), I found some things perplexing. For instance, the things I mentioned today...do you really consider them mere "flaws"? And "blanket statements" that I made? My basic point was that those things which I listed are personally and culturally harmful and yet they are are being paid for by taxpayers. Would you not appreciate more citizens being involved in making education less expensive, more efficient, more responsive to parental involvement, more socially constructive? I sure hope so.

Perhaps the 'blanket statements' that you found so bothersome came from a Cal Thomas article I posted on my blog quite awhile ago. I'm not sure. If so, go ahead and criticize me for posting his column, but please don't attribute a Thomas quote to me.

And I'm still scratching my head over your complaints about my comments in this morning's radio spot.

Regarding my opinion of encouraging Christian teachers in the public schools, perhaps you'd like to read this one-act drama which I wrote many years ago and which is still on our website. I hope it will give you a fuller understanding of my position.  Also, it may help you to know that my wife taught in a public high school for 10 years. So I know where you're coming from...except for the feeling that any criticism of government schooling is somehow out of line.

So, John Doe, please remember that when you pass things along to others (in this case, the things that your colleagues found ‘harmful and hurtful’), make sure you're quoting the right person and the right statements. That's only fair.

John Doe responded,  “Denny, Thank you for responding to my email.  I wholeheartedly agree that there are issues that need to be fixed with our government schools, and our society as a whole. I also apologize for attributing the Cal Thomas quote to you.  When I discussed the segment this morning with my colleges I did not mention the Cal Thomas quote to them, and out of respect for you and your ministry I did not share your name or the name of you ministry with them.  (It looks like you do some very good things to help build the kingdom.)

Perhaps the part that I felt most hurtful in the segment was around the 45 second mark ‘a spiraling cascade of academic failure which makes kids dumber by the day’  My request, or suggestion is simply instead of making comments such as these; that you would invite people to pray for our schools and our teachers, or to get involved as a community to make a change for Christ in our schools.

I think we're moving a bit closer, John Doe. Thanks for your honest responses.

I'm afraid, however, I must let my comment about the academic failure ('dumber by the day') stand. After all, the radio spot this morning was prompted by the latest SAT scores which show truly disheartening results. When combined with such other indicators as reading and math levels, grade inflation, academic comparisons with previous generations, the ever-increasing need for remedial classes at universities, and failing levels in other standardized tests, the sad result is that kids are, well...dumber by the day.

Now, John Doe, I don't lay all of this on the government schools. Indeed, anyone familiar with my ministry will know I am profoundly concerned with cultural devolution on all fronts: sanctity of life, marriage, religious freedom, family breakdown, government intrusion, the growing sense of self-sovereignty and entitlement in the West, postmodernism, and so on. Nevertheless, whatever forces are involved, the problem of poorer and poorer academic performance IS undeniable.

So why should that statement hurt you? Being disappointed and frustrated by the statement? Sure, I can see that. I experienced plenty of that when I had to fail students in American History 101 when I was a graduate teaching assistant at UNO. But hurt as in offended? No. The question is -- are you doing your best with what you're given? Then, great. Keep praying and plugging along. Do what you can do. That's all any of us can do in trying to be lights in this wild, wicked, and wacky world.

So, John Doe, your request that I not make such a ‘hurtful’ statement but instead pray for teachers and staff (which I encourage with others as well as personally perform) and urge community involvement (like See You at the Pole and churches engaging in adopt-a-school programs which, again, I've wholeheartedly supported), misses the point. That is, one doesn't negate the other. One can make an honest assessment (and description) of the crisis AND yet support Christian adults who pursue education careers AND yet urge positive reform actions regarding the public schools AND yet urge families to consider private school options. Speaking or acting on one front doesn't mean denying the validity of the others.

Does this help? Not in the sense that you must agree with me. Of course not. I'm merely trying to put in proper context both my statements this morning and yours in these email notes. Knocking it around as we have might help us to better understand those with other perspectives and then to better communicate our priority positions. So, again, thank you for your willingness to correspond about these things. I appreciate it.

Maybe someday we can have a cup of coffee and explore these matters a bit more.

I haven’t heard back from John Doe since then.
Posted by DH at 6:45 PM