Shakin' It Up (A Pro-life Mini-Drama) 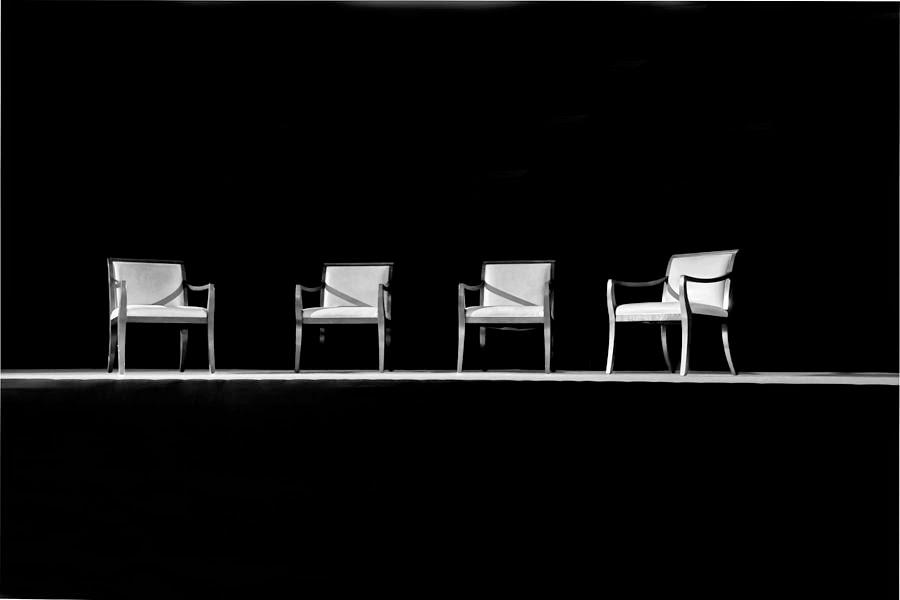 The following is one of the brief pro-life plays I've written over the years that you can find on this page of the Vital Signs Ministries website. They were written for performance in churches but they can, of course, be used in a variety of venues. And, yes, you may feel free to perform those plays without paying royalties.

The scene is a high school cafeteria.  A few friends are sitting around a table with their sack lunches.  The scene opens on their conversation.

Abe: "Can you believe that guy?  That was the most awesome presentation I think we've ever had!"

Steven: "No kidding.  This high school will never be the same since Mr. Tanaka showed up.  Imagine the nerve of the guy."

Teresa: "How did he get away with it in the first place?  I mean, doing an all-school assembly about abortion from a pro-life perspective?  That's impossible, isn't it?"

Steven: "Guess not.  He just pulled it off!"

Abe: "Well, here's the deal.  Planned Parenthood has been in here to do assemblies every year I've been here, right?  Sure, they sometimes brought in some ditzy politician to say something completely bland about abstinence, but everybody knows it's always the same message.  (Abe goes into a falsetto, nasal voice.)  'Use a condom, and our low-dose birth control pills, kiddies, and then when they fail...which they most certainly will, by the way... you all come to Planned Parenthood and we'll take care of you but good!'"

Teresa: "And didn't I have a heck of a time getting out of going to those presentations. Remember how my dad threatened a lawsuit before Dr. Bell would allow me to be excused."

Abe: "There you go.  Some freedom of choice. Well, from what I heard, that's exactly what Mr. Tanaka pulled too.  He had all this evidence about Planned Parenthood having a complete monopoly on these sex-ed assemblies and he insisted through some lawyers that they either kick Planned Parenthood out completely or they allow him to present an alternative view."

Steven: "And what an alternative?  Man, he was electric!  I mean, you gotta' figure everybody was expecting a boring sermon and then Tanaka comes out and really shakes it up."

Teresa (Laughing.): "No kidding; how many of those kids guessed a pro-life talk would include a film clip from ‘Blade Runner’ or a music video from Nick Cannon?"

Steven: "My favorite moment was when he used Eugene O'Neill's play 'The Abortion.'  That was super-cool.  I was watching Ms. Nelson-Rice and she was burning up.  You know, O'Neill is one of her favorites and you could tell she hadn't even heard of that play!"

Teresa: "Speaking of surprises, what about when he was quoting all of those early feminists who were against abortion?  That was great."

Abe: "And Marshall McLuhan!  Who knew he was a pro-lifer?"

Teresa: "Don't forget the quotes from Mother Teresa, Dietrich Bonhoeffer, Phil Simms, and the Bible.  Wow, you could feel the sense of tension in the whole gym."

Abe: "Even guys like Sally and Carmello who are so pro-choice -- they told me afterwards that Tanaka had scored some heavy points.  Sally was quick to remind me she wasn't changing her mind, and I quote, 'about a woman's choice being paramount,' but she did admit that maybe being pro-life had more going for it than she thought."

Steven: "Chalk up one for the good guys, huh?"

Terry: "Hey wait.  You know what was the very best moment?"

Terry: "It was when Mr. Tanaka pointed out that in those Planned Parenthood sessions, he had never been allowed to make any opposition statement or even ask any questions. But he was different. He believed in freedom of expression and so he would gladly allow anyone to respond to his presentation..."

Steven: "...if, that is, when Planned Parenthood conducts their assemblies in the future, they must allow the very same courtesy."

Abe: "And nobody moved!  Man, you could have heard a pin drop, huh?"

Terry: "The quiet you heard in that gym, fellas?  That was the sound of truth winning a round. And in a public school no less!"

Abe: “And all because a bold Christian did his homework and then took the risk of standing up for what's right!"

Steven: (Raising his milk carton.) "To Mr. Tanaka, a man who is shakin' things up for life.”  (All raise their milk and "clink" cartons.)