Defense Secretary: "The World Is Exploding All Over" 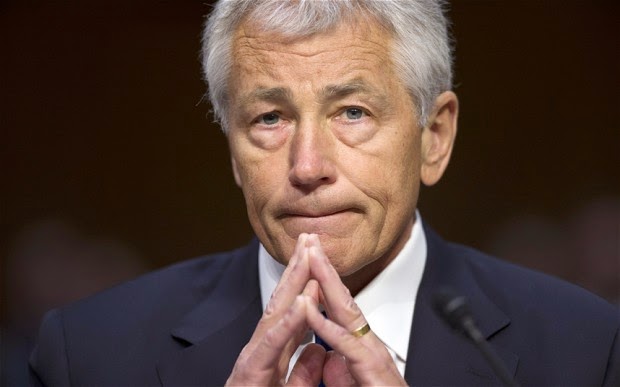 Yesterday, Chuck Hagel tried to reassure Americans with these comments. “The world is exploding all over. And so is the United States going to continue to have the resources, the capabilities, the leadership, the bandwidth to continue with the rebalance toward the Asia Pacific? And the answer is yes.”

Okay, forget the weird inclusion of “bandwidth” that Hagel is proud of the USA having plenty of. Wonder instead just where is the evidence for his optimism. After all, his boss and the rest of this Democrat administration has continually disappointed and disrespected America’s allies, emboldened and enabled America’s enemies, divided and demoralized the American people, and distracted and dismantled the U.S. military.

Alas, there’s only one thing true of the Defense Secretary’s analysis — the world is exploding all over.

Remember how the crowds cheered wildly when Barack Obama promised he would fundamentally transform America? Well, the crowds aren’t cheering anymore. Not since we have learned (to our regret and shame) just what the fellow envisioned.
Posted by DH at 11:32 AM