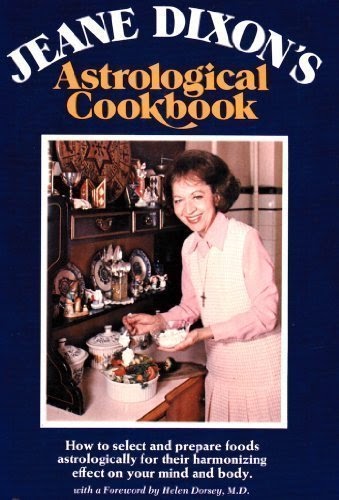 I once had an interesting discussion after being asked by a non-Christian friend about fortune telling. I told him that I could get a higher percentage of predictions picking weekly winners in the NFL than any psychic he could name. He agreed that would probably be true if I were matched against people who only claim to be psychic. But then he asked, “Denny; what about the real deal? What do you think about someone who really can read the future, someone like Jeane Dixon?”

I was glad he asked because I had done a bit of research into the matter, including details on the lady who has (to date) been America’s most famous seer. “Well,” I began, “the late Jeane Dixon was certainly the most celebrated fortune teller of my time, mainly because of her syndicated newspaper column. But there were her books too, astrological guides that included charts for dogs, cats, your daily meals and so on. But, I’m afraid I’ve got to disappoint you. Mrs. Dixon couldn't tell the future better than anyone else. Just check her record. In reality, she wasn’t a fortune-teller; she was only a fortune-guesser. And not a particularly good one at that.”

My friend seemed skeptical. "How then did she become so famous?"

I replied, "How did Tiny Tim become famous? Because he was talented? Of course not. Johnny Carson, the National Enquirer, and the rest of the media make people celebrities for all kinds of goofy reasons. But in Jeane Dixon's case, I can assure you, her star status wasn't something she earned. She simply gave away a huge amount of predictions and then conveniently remembered only the 10 or 15% that could be liberally interpreted as coming true."

I gave him a few examples. “When Mrs. Dixon just started to cash in on the popularity of horoscopes and fortune-telling in the early 50's, she made a pretty famous prediction. She said that World War III was going to begin in 1958. That error cooled her jets until the tabloids of the 60's were looking for wild attractions. They hauled Mrs. Dixon out again. She promptly assured Americans that the Vietnam conflict would be over by 1966. She was only nine years off, poor thing. Must have been a short in her crystal ball."

"But hey; I can't forget my favorite," I finally added. "On October 19th, 1968, Mrs. Dixon predicted that the last thing on Jackie Kennedy’s mind was any possibility of remarriage. And then, bingo, the very next day, headlines announced to the world the wedding of Jackie and Aristotle Onassis.”

No, I assured my friend, I would feel no pressure from a prediction contest with even a "pro psychic" like Jeane Dixon. "We would all be in the guessing game together. The fact is that there is only one source of accurate, dependable information about the future."

“I know, I know,” my friend said laughingly. “Forget the psychic hotlines and read the Bible instead.”

I couldn’t have put it better myself.
Posted by DH at 8:55 AM