World Vision Hits Reverse. But Is Their Apology Enough? 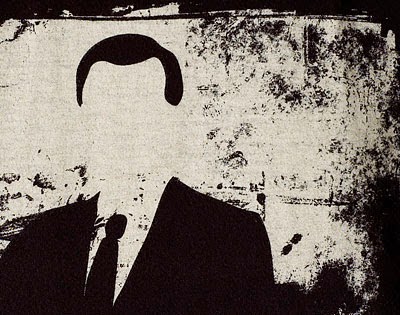 Igniting a furor among Evangelicals after Monday’s announcement accepting same sex unions by employees, the $1 billion relief group World Vision on Wednesday completely reversed itself and apologized for its “mistake.”

After a board meeting, World Vision’s president and board chair affirmed it will “revert to our longstanding conduct policy requiring sexual abstinence for all single employees and faithfulness within the Biblical covenant of marriage between a man and a woman.”

They added: “We have listened to you and want to say thank you and to humbly ask for your forgiveness” for neglecting World Vision’s “commitment to the traditional understanding of Biblical marriage” and belief in the Bible as the “inspired, the only infallible, authoritative Word of God.”…

World Vision’s Monday policy was a muddle from the start and seemed like possibly the clueless construction of a secular public relations firm. It affirmed same sex marriage, inclusively in deference to liberal Protestant churches, while still implausibly insisting singles remain celibate until married, which liberal Protestants mostly don’t. It insisted employees must still uphold the Apostles Creed without admitting liberal Protestants typically reject it, ignore it, or reinterpret it into meaningless metaphor.

Sexual liberalism in religion always walks hand-in-hand with theological liberalism, which made continuance of World Vision’s Evangelical identity impossible under Monday’s policy, and which is why Evangelical critics were so viscerally aggrieved.

There are reports that after Monday several thousand World Vision donors, out of a reported more than 400,000, threatened ending their support. There’s also an indication that work with overseas missions partners, working in traditional cultures, was imperiled. The later was probably more persuasive than the former, although both should have been anticipated before Monday. Ironically, Wednesday’s policy may cost World Vision far more dollars than Monday’s.

Angry LGBTQ groups and their allies, who previously were unfocused on World Vision’s internal policy, furiously now may target it for boycott, demanding that government and corporations halt funding. Liberal supporters of Monday’s policy angrily denounced Evangelicals withdrawing support, with one declaring: “It’s astounding to me that Christians would take food from starving children because a gay person might have helped in getting it there.” Will that same professed concern for starving children inhibit liberal demands for corporations and government to defund World Vision?…

From Mark Tooley’s “World Vision Withdraws From the Brink” at The American Spectator.

Tooley's essay is a good one. That's par for the course. Mark Tooley's writing, research and advocacy work at the Institute on Religion and Democracy is first rate and I feature him frequently on Vital Signs Blog.

However, in this case, I think my skepticism about World Vision's reversal is deeper than Tooley's. For instance, he suggests that the original decision to allow on staff homosexuals who were in "marriage" unions "seemed like possibly the clueless construction of a secular public relations firm."

These guys were well aware of what they were doing and were arrogant enough to think they could get away with it. Remember, World Vision's boss, Richard Stearns, boasted of how enlightened they were and how they were presenting a new model of "unity through diversity" that would heal the blindness and error of other Christian groups.

Remember too that Richard Stearns insisted that the World Vision governing board was "overwhelmingly in favor" of the move to legitimize homosexual unions.

No. I'm sorry; I'm not buying the apology or the professed change of heart. To do that I would have to see apologies and a change of heart about the other nefarious actions that World Vision has taken in recent years: the connections to abortion organizations and abortion-promoting "family planning" groups, the antagonistic attitudes towards Israel, the embrace of socialism and wealth distribution, the high salary of the World Vision CEO, and so on.

Until these things change too, I cannot support World Vision.
Posted by DH at 11:51 AM