World Vision Caves In Again. This Time with Same-Sex "Marriage." 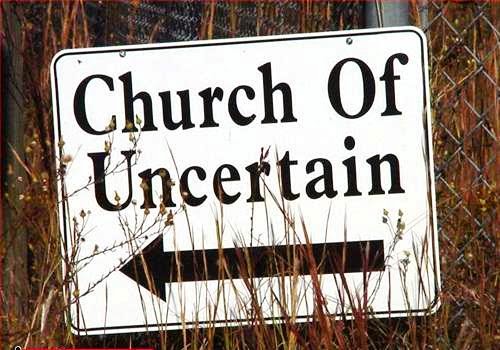 The American branch of World Vision, a Christian relief mission, has announced it is now going to accept staff members who are in same-sex unions. World Vision will retain, however, a policy of abstinence from sexual activity for staff who are not married.

Sexual virtue among the single? Why hang on to this particular biblical standard when turning so dramatically and blasphemously aside from others?

The change was explained to Christianity Today by Richard Stearns, president of World Vision's American branch (whose annual salary, by the way, is over $400,000). Stearns insisted that it is only the American branch making this move...a move in which its governing board was "overwhelmingly in favor."

However, the international organization (one of America's largest charities with over a billion dollars a year take) isn’t protesting the move at all and thus seems not only willing to embrace the new policy, but probably will shift its own in that direction soon. After all, the international part of the organization has long ago made its own “marriages” with worldliness, most disgustingly by partnering with abortionists.

I have, by the way, reported on these cave-ins by World Vision before. And that after correspondence with the organization itself. So, this isn't mere rumor. World Vision is deliberately moving away from orthodox Christian values.

That's bad enough in my book and I will never give another dollar to an organization so willfully indifferent to the clear teaching of Scripture.

And yet there are still other bothersome things about World Vision. Statements and policies that are "decidedly supportive of the Palestinian cause and condemnatory of Israel." A belief that justice is served through socialism and a coercive redistribution of wealth.  A rating by Charity Navigator that is not the highest. Attitudes of arrogant denial and of wanting to foist it's style of political-correctness on other evangelicals.

Says Stearns, "I want to reassure you that we are not sliding down some slippery slope of compromise, nor are we diminishing the authority of Scripture in our work. We have always affirmed traditional marriage as a God-ordained institution. Nothing in our work around the world with children and families will change. We are the same World Vision you have always believed in."

You've got to be kidding. His words do not come close to matching his actions. Furthermore, "Stearns asserts that the 'very narrow policy change' should be viewed by others as 'symbolic not of compromise but of [Christian] unity.' He even hopes it will inspire unity elsewhere among Christians."

He also explains that the decision to allow same-sex partners as staff in World Vision "makes our policy more consistent with our practice on other divisive issues." And, "It's been heartbreaking to watch this issue rip through the church. It's tearing churches apart, tearing denominations apart, tearing Christian colleges apart, and even tearing families apart. Our board felt we cannot jump into the fight on one side or another on this issue. We've got to focus on our mission. We are determined to find unity in our diversity."

"This is also not about compromising the authority of Scripture. People can say, 'Scripture is very clear on this issue,' and my answer is, 'Well ask all the theologians and denominations that disagree with that statement.' The church is divided on this issue. And we are not the local church. We are an operational organization uniting Christians around a common mission to serve the poor in the name of Christ."

Stearns and World Vision have made a devastating compromise with the postmodern world and, even worse, they are wrapping it in a false and preposterous piety in order to make it palatable to other Christians. This is shameful, cowardly and menacing.

In response to World Vision’s policy change, Russell D. Moore, the president of the Ethics and Religious Liberty Commission of the Southern Baptist Convention, writes, “At stake is the gospel of Jesus Christ. If sexual activity outside of a biblical definition of marriage is morally neutral, then, yes, we should avoid making an issue of it. If, though, what the Bible clearly teaches and what the church has held for 2000 years is true, then refusing to call for repentance is unspeakably cruel and, in fact, devilish…

"There’s an entire corps of people out there who make their living off of evangelicals but who are wanting to 'evolve' on the sexuality issue without alienating their base. I don’t mind people switching sides and standing up for things that they believe in. But just be honest about what you want to do. Don’t say 'Hath God said?' and then tell us you’re doing it to advance the gospel and the unity of the church.

"Donor bases come and go. But the gospel of Jesus Christ stands forever.

‘World Vision’ is a good thing to have, unless the world is all you can see.”

"I was shocked today to hear of World Vision's decision to hire employees in same-sex marriages. The Bible is clear that marriage is between a man and a woman. My dear friend, Bob Pierce, the founder of World Vision and Samaritan's Purse, would be heartbroken. He was an evangelist who believed in the inspired Word of God. World Vision maintains that their decision is based on unifying the church – which I find offensive – as if supporting sin and sinful behavior can unite the church. From the Old Testament to the New Testament, the Scriptures consistently teach that marriage is between a man and woman and any other marriage relationship is sin."
Posted by DH at 11:20 AM