Stoned Silence: The Cause Michelle Obama Didn't Voice in China 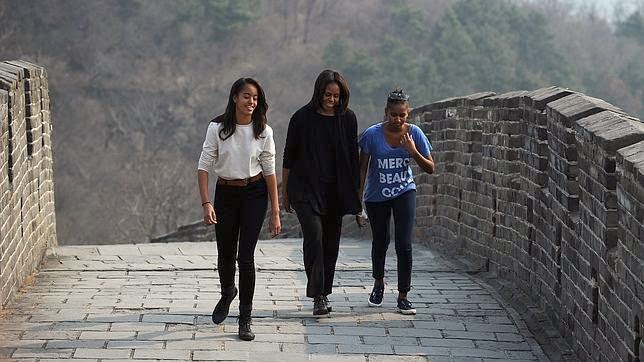 First Lady Michelle Obama is now concluding a week-long tour of China with her mother and two daughters, a “real treat” for three generations of Obama women, according to Mrs. Obama’s Chief of Staff, Tina Tchen. While Mrs. Obama and her family were treating themselves to the best China has to offer, hundreds of millions of women are suffering at the hands of a brutal, totalitarian regime.

Reggie Littlejohn, president of Women’s Rights Without Frontiers, stated: “I am extremely disappointed that Mrs. Obama has deliberately ignored egregious women's rights abuses while in China. Mrs. Obama has positioned herself as an international women's leader. She could have done so much good if she had been willing to use her position to advance women's rights in a nation that tramples them. Previous first ladies have used their positions of influence to speak out for human rights in this totalitarian regime.”…

Littlejohn continued: “As the mother of two children, Mrs. Obama could have spoken out against forced abortion under the One Child Policy. As the mother of two daughters, she could have taken aim also against gendercide – the sex-selective abortion of baby girls. She could have comforted the grieving family of Ms. Cao Shunli, a respected human rights activist who died weeks ago after having been denied medical treatment. As the wife of a Nobel Peace Prize winner, she could have visited Liu Xia, wife of jailed 2010 Nobel Peace Prize winner Liu Xiaobo.”

Littlejohn concluded: “It is disheartening to see Mrs. Obama leave China without conveying any message on behalf of women’s rights. Instead, Mrs. Obama has chosen to ignore the intense suffering of hundreds of millions of women who have been victims of forced abortion, involuntary sterilization, gendercide and sexual slavery; and she has chosen to ignore the plight of Liu Xia and the family of Cao Shunli. These choices seriously undermine any claim that she is a champion of women's rights.”

(The above paragraphs were taken from Reggie Littlejohn’s essay in today’s Women’s Rights Without Frontiers e-mail update. You can sign up for these updates by going to the organization’s website right here.)
Posted by DH at 11:46 AM