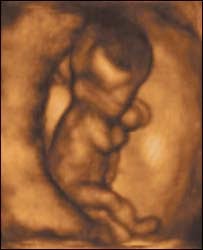 Sarah Knapton, Science Correspondent for The Telegraph reports on a very ugly example of just how far Great Britain has gone in trashing (quite literally) the sanctity of human life ethic.

The bodies of thousands of aborted and miscarried babies were incinerated as clinical waste, with some even used to heat hospitals, an investigation has found.

Ten NHS trusts have admitted burning foetal remains alongside other rubbish while two others used the bodies in ‘waste-to-energy’ plants which generate power for heat.

The programme, which will air tonight, found that parents who lose children in early pregnancy were often treated without compassion and were not consulted about what they wanted to happen to the remains…

You can read the rest of the report here, “Aborted babies incinerated to heat UK hospitals.”

But going over to that page will reveal yet another gruesome realty about Great Britain’s increasing indifference to the injustice and lethal violence of abortion — even abortion committed simply because the sex of the baby isn’t the one desired by the parents.

Note on the right sidebar of that Telegraph page a listing of recent news stories on that matter:

* Women are legally free to abort a baby because of its sex, says abortion charity head

There's no doubt about it. Great Britain's moral ethics are rapidly rotting.
Posted by DH at 10:04 AM