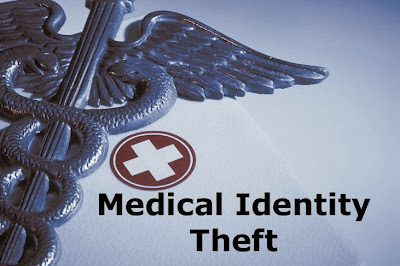 Jillian Kay Melchior shares some very disturbing news in her brief article for NRO, “Medical Identity Theft and Obamacare.” Among the most important items?

* “Most identity theft in the United States is medical-related, according to a recent report from the Identity Theft Resource Center.”

* “In 2012 alone, medical identity theft increased by nearly 25 percent, affecting 1.85 million Americans, according to another recent report from the Ponemon Institute, which researches privacy issues.”

* “Michael Ollove, a reporter for Stateline, noted that 43 percent of identity-theft incidents in the United States are medical-related, ‘a far greater chunk than identity thefts involving banking and finance, the government and the military, or education. The U.S. Department of Health and Human Services says that since it started keeping records in 2009, the medical records of between 27.8 million and 6.7 million people have been breached.’”

* “Regardless, as many as 31 states do not conduct background checks on Obamacare navigators, who have access to enrollees’ names, Social Security numbers, financial records, and health information…Clearly, there’s enormous risk that consumers’ confidential information could fall into the wrong hands.”
Posted by DH at 9:20 AM