Meredith Vieira: The End of the Soviet Union Was "Bittersweet" 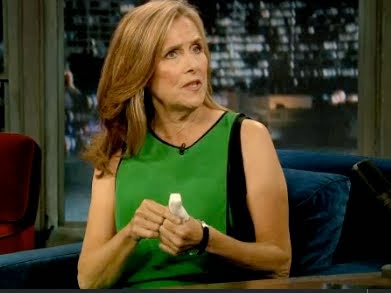 I'm not watching the Olympics so I was interested to read today's e-mail update from Jim Geraghty (The Morning Jolt available by fee subscription over at NRO).

Communism Was the Worst Mistake in Human History. Do NBC Sports Anchors Know This?

What you think depends upon what you know...

When I say "Communism," or more specifically, the "Soviet Union," a lot probably comes to mind.

You may think of the occupation of Eastern Europe. Or the massive internal forced migrations. Or the Ukranian famine, which killed 7 to 11 million people in a two-year period. Or the system of several hundred gulags and labor colonies, which imprisoned and in many cases killed 14 million people.   Or the extensive, brutal, far-reaching and ruthless secret police, the KGB, the NKVD and others. Or the Katyn Massacre, killing about 22,000. The treatment of German civilians after World War Two. The deployment of nuclear missiles to Cuba, bringing the world to the brink of nuclear conflict in 1963. The KGB's active support of terror groups around the world. The unprovoked invasion of Afghanistan. Or the shooting down of KAL 007.  Or their callous attempt to cover up the catastrophic disaster at the Chernobyl nuclear plant, not mentioning anything to the public for nearly three days.

I'm sure you can think of other glaring examples of the Soviet Union's epic, unparalleled, brutal reign of terror over a large chunk of the globe for decades. The point is that a LOT comes immediately to mind.

Friday night's opening ceremony of the Olympics in Sochi offered a ludicrously rewritten version of Russian history, in which some of humanity's most bloody chapters were reimagined as Mardi Gras in Candyland.

After a lot of agriculture and farming in a stage full of red representing what we usually think of as the Cold War, the program came to the late 1980s. At that moment, a little girl let go of a red balloon, symbolizing the end of the Soviet Union:

And I lost it…

Can it really be that Vieira genuinely believes the end of the Soviet Union was a "bittersweet" moment? If one of Putin's goons was in the booth with her, glaring at her menacingly with his hand on the grip of his silenced pistol, I'll forgive her. Otherwise, this may be the dumbest statement ever uttered on television…

Was she so sucked into the imagery — a girl is losing her balloon! — that she forgot what the whole thing was supposed to symbolize? If so, mission accomplished, Vladimir Putin. The end of the Soviet Union — which Putin called "the greatest geopolitical catastrophe of the century" — has now been transmogrified into a sad passing of a simpler, happier era.
Posted by DH at 10:00 AM