Leftist "Evangelical" Defrocked by the AG 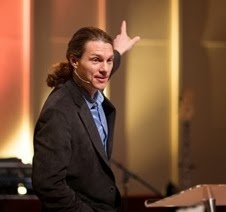 Paul Alexander is the Ron Sider Professor of Social Ethics & Public Policy at Palmer Theological Seminary, a liberal Baptist seminary attached to Eastern University in King of Prussia, Pennsylvania. He was also recently named as a Co-President of Evangelicals for Social Action, an organization that pursues a decidely leftward agenda.

But one thing he isn’t...at least, he isn't anymore.  He isn’t an Assembly of God minister.

Alexander has been, if Pentecostals actually use the term, defrocked. Why? Well, he’s not only been preaching liberation theology and other heterodoxy, he actually has called for “openness to the promotion of homosexual, transgender and intersex realities as faithful representations of Pentecostal and Charismatic Christianity."

You know, there’s an awful lot of these progressives around these days, guys and gals who are pretending to be evangelical but who are, in any classic sense of the word, anything but. They are folks who desperately promote hip over holy, socialism over spirituality, and political correctness over biblical principle.

They are posers. Hypocrites. Saboteurs.

I’m pleased that the AG finally got their stuff together with this guy. Indeed, I hope it starts a trend.

Here’s more on the story from Jeff Walton.
Posted by DH at 5:35 AM