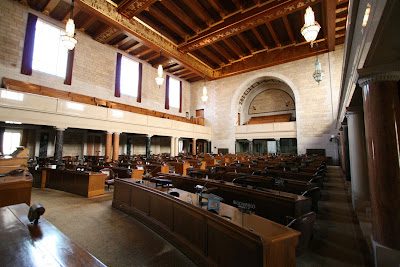 The Nebraska Family Alliance wants to pass along news about two important bills that are currently under consideration by the Nebraska Unicameral. In a 90-second video clip below, Dave Bydalek summarizes what’s been happening with those two bills. It’s good.

But I wanted to also pass along a written report (plus action desired) that was sent out by the NFA.

WHAT YOU NEED TO KNOW:

1) The Judiciary Committee VOTED 4-3 AGAINST a motion to move LB 485 out of committee this week.

2) Senator Conrad, who introduced the bill, has vowed to continue to push for another vote on the bill at a later date.

3) Your involvement played a major role in defeating the bill. Would you take a moment to thank Senator Christensen, Senator Davis, Senator Coash, and Senator Seiler for voting against this bill? Check out our website for a list of Senators and their contact info here.

4) Read more about how NFA and the Nebraska Catholic Conference were instrumental in delaying the vote in the Omaha World Herald.

5”) Any law must respect every American's freedom of speech and freedom of religion. These fundamental liberties are so precious they are specifically protected in the First Amendment. LB 485 violates these fundamental principles." (Dave Bydalek, NFA Policy Director)

WHAT YOU NEED TO KNOW:

1) This legislative resolution proposes a Constitutional Amendment to legalize casino gambling in Nebraska. Cities would vote on whether to have a casino in their community.

2) At the committee hearing Tuesday, February 11th, only one person came to testify in support of LR 416, with 6 or 7 against.

3) It is unlikely that this bill will be voted out of committee.