The Pickpocket Nature of ObamaCare 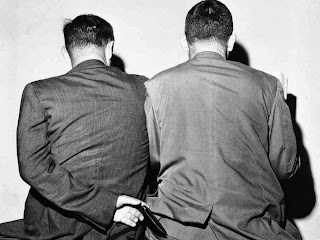 Have you wondered why insurance companies haven't been screaming more about ObamaCare? In large part it's because they still plan on making an awful lot of money -- from you as a direct consumer and from you again as a subsidizer of others.

Here's Jeffrey H. Anderson writing in The Weekly Standard with the story.

Robert Laszewski—a prominent consultant to health insurance companies—recently wrote in a remarkably candid blog post that, while Obamacare is almost certain to cause insurance costs to skyrocket even higher than it already has, “insurers won’t be losing a lot of sleep over it.”  How can this be?  Because insurance companies won’t bear the cost of their own losses—at least not more than about a quarter of them.  The other three-quarters will be borne by American taxpayers.
Obamacare

For some reason, President Obama hasn’t talked about this particular feature of his signature legislation.  Indeed, it’s bad enough that Obamacare is projected by the Congressional Budget Office to funnel $1,071,000,000,000.00 (that’s $1.071 trillion) over the next decade (2014 to 2023) from American taxpayers, through Washington, to health insurance companies.  It’s even worse that Obamacare is trying to coerce Americans into buying those same insurers’ product (although there are escape routes).  It’s almost unbelievable that it will also subsidize those same insurers’ losses.

But that’s exactly what it will do—unless Republicans take action.  As Laszewski explains, Obamacare contains a “Reinsurance Program that caps big claim costs for insurers (individual plans only).”  He writes that “in 2014, 80% of individual costs between $45,000 and $250,000 are paid by the government [read: by taxpayers], for example.”

In other words, insurance purchased through Obamacare’s government-run exchanges isn’t even full-fledged private insurance; rather, it’s a sort of private-public hybrid.  Private insurance companies pay for costs below $45,000, then taxpayers generously pick up the tab—a tab that their president hasn’t ever bothered to tell them he has opened up on their behalf—for four-fifths of the next $200,000-plus worth of costs.  In this way, and so many others, Obamacare takes a major step toward the government monopoly over American medicine (“single payer”) that liberals drool about in their sleep…

Here’s the rest of Anderson’s illuminating article.
Posted by DH at 9:42 AM