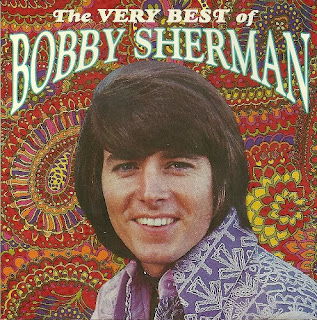 I read this morning that Dan Goor, one of the creators of the TV show Brooklyn Nine-Nine, proudly told the Golden Globes audience last night that he was happy he decided not to become a doctor because winning an award was “way better than saving a human life.”

A pretty cringe-worthy statement, right? Apparently not to the Hollywood audience. They laughed and clapped and cheered uproariously at this oh-so-typical example of modern values.

But I have another case for you, one that is definitely more uplifting, even inspirational.

The other night Claire and I were watching a rerun of Emergency!, Jack Webb’s TV hit from the 1970s that told realistic stories of firemen, EMTs, and emergency room doctors and nurses. This particular episode had as a guest star Bobby Sherman. I, of course, remembered Sherman as a TV and recording star who enjoyed his own time in the sun as a teen heart throb. Along with several hit records, Sherman starred on Shindig, Here Come the Brides and, for a brief time, even had his own series. TV Guide included him in their list of the 25 most popular teen idols of all time. And the line "Peace, Love and Bobby Sherman" became a standard mid-70s greeting.

My little sister Sherry, by the way, was among Bobby's devoted fans.

I wondered aloud to Claire, “What do you suppose ever happened to that guy?” and that drove Claire to Google for an answer. What she found delighted us…and it certainly provides a dramatic contrast to Mr. Goor’s lamentable statement last night. 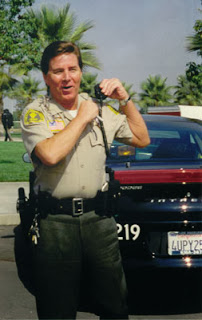 It seems that the episode of Emergency! that we had seen (filmed in January of 1974) was a life-changer for Sherman. Indeed, from that time he began to move away from the spotlight and towards public service.  He took training and became a licensed Emergency Medical Technician (EMT). He was soon working (as a volunteer) with the LAPD and paramedics in presenting CPR and first aid classes. He became a technical reserve officer with the Los Angeles Police Department in the 1990s, a position he still holds today with the rank of Captain.  He was named LAPD’s Reserve Officer of the Year in 1999.

Also in 1999, Bobby Sherman became a reserve Deputy Sheriff with San Bernardino County continuing his CPR/emergency training of new deputy hires. He retired from the Sheriff's Department in 2010, but continues with the LAPD.

Sherman is twice married and has two sons and six grandchildren. He has received numerous public service awards and directs, with his wife, the Brigitte & Bobby Sherman Children's Foundation.

So too, by the way, does my sister Sherry. In fact, after learning what Bobby Sherman has been up to since the mid-70s, she's a more enthusiastic fan than ever. But since I know that she still appreciates those youthful days when Bobby Sherman played regularly on her record player, here's a couple of memories for her...and for you too.