Teen Pregnancies Decline...When Planned Parenthood Gets Out of Town! 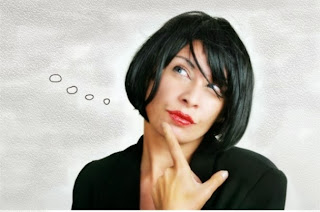 For decades now pro-life advocates have made the common-sense argument that Planned Parenthood's promotion, defense and even enablement of sexual activity among teenagers increases the rates of teen pregnancy, abortion, STDs, and so on.

That's the very opposite of what Planned Parenthood promises...and for which it is bountifully paid to do with your tax dollars.

Well, welcome to one of the most interesting and persuasive illustrations of the pro-lifers' argument; namely, the fact that teen pregnancy rates went substantially down across a wide geographic area when Planned Parenthood closed down their businesses there..

A study across the Texas Panhandle, using government statistics from 16 counties, found that the teen pregnancy rates among 13-17-year olds from 1994 through 2010 showed dramatic declines even as Planned Parenthood Federation of America facilities in the region shut down — dwindling from 19 family planning facilities to zero.

For decades, PPFA has publically maintained that it serves a key healthcare role for the American public by educating teens on “safe sex,” providing contraceptives, and reducing pregnancies. The breakthrough study titled “A Longitudinal Analysis of PPFA and Teen Pregnancy in the Texas Panhandle” refutes that claim.

Found within a meta-analysis of Planned Parenthood, the report states that the teen pregnancy rate “reached its lowest point in recorded history two years after disaffiliation of the last two remaining facilities.”

The raw data gleaned from government files shows that with a teen population stable at about 13,000, the actual number of teen pregnancies fell from an average of 544 per year in the five years before Planned Parenthood started closing its doors to an average of 373 in the last five years...
Posted by DH at 12:08 PM