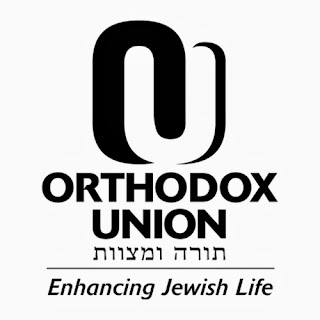 This week the Jewish Orthodox Union joined with other religious groups and filed a legal brief essentially siding with the religious objectors against the coercive mandates of ObamaCare.

They did not do so because they necessarily oppose other parts of ObamaCare. Nor does the Orthodox Union necessarily agree with Catholic (and enlightened evangelicals) that so-called birth control drugs and devices are actually abortifacient.

No, the Orthodox Union signed on against ObamaCare’s mandates because of religious freedom -- pure and simple.

Here is part of what Nathan J. Diament, the Executive Director for Public Policy of the Orthodox Union, included in the official statement.

Today, the Orthodox Union joined with other religious groups and filed a legal brief essentially siding with the religious objectors. We did not do so to undermine the health care reform law in general nor women’s access to health services they may uniquely need.

We did so because in the cases in question, forcing business owners to subsidize activity that violates their religious beliefs is unnecessary. There are many other means by which the government could ensure women’s access to contraceptives and related care without involving their employers at all, which the OU may support. (Imagine that a woman could take her prescription to CVS, have it filled, and the government would reimburse CVS directly.)

We take this stance because we, particularly as a religious minority in the United States, must stand in solidarity with people of all faiths in demanding the broadest protections for rights of conscience in the face of government (and socio-cultural) coercion to the contrary…

All people of faith should understand and actively support the right of religious (and other forms of conscientious) dissent from the popular and majority view.  Today, in America, Catholic objections to women’s use of contraceptives may be broadly unpopular; tomorrow, it may be circumcision or kosher slaughter that are looked at askance in America, as they are today in Europe.

But this argument is not solely about where a slippery slope may lead; it involves a fundamental question about America’s civic-constitutional view of religious faith. In Europe today, religion has been relegated to something only to be exercised in private. What you do in your home and in your church is your business, but society expects you to leave your religion behind when you come into the public sphere—be it the workplace, school, or house of government. Thus, a believer is not entitled to an accommodation or an exemption from any demands society at large wishes to make, like banning public wearing of headscarves or kippot. This has not been the American view.

While our First Amendment’s establishment clause demands no legal endorsement of religion, there is a longstanding tradition of welcoming faith into the public arena and—most relevant here—including exemptions and accommodations for religious dissent in a wide array of laws so that, as much as possible, people of faith are not forced to choose between their conscience and compliance with other laws. To do otherwise is to relegate religious belief and action to second class status among our civil rights—something Jews, and all people of faith and conscience, must resist...
Posted by DH at 11:55 AM