The 92 Favorite Toys of Your Childhood (And a Few More) 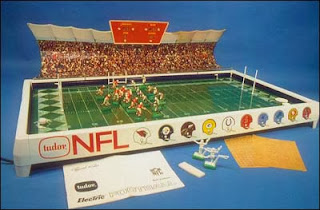 Just in time for your last-minute Christmas shopping. Well, okay; it's too late for that. As a matter of fact, it was originally posted in July of 2010. But it still makes for lighthearted and fun reflection at this toy-oriented time of the year. Have fun remembering.

Joe Carter over at First Things took on a big job when he tried to list The 100 Greatest Children’s Toys. In fact, it was so big that he only came up with 92. I think you'll enjoy looking through the alphabetical list and seeing if it contains your favorites.

Among those in Carter's list that were around our home (the 5 Hartford kids were born in the span from 1946 to 1961) were Army Men, jump rope, Lincoln Logs, Mr. Potato Head, Play-Doh, Matchbox cars, roller skates, Slinky, teddy bears, Tinker Toys, and View Master.

What our family used that didn't make his list were:

* Balloons. These were a summer staple in our neighborhood. Why? Think water hose, hot days, and backyard frolics.

* Guns. Carter listed the Daisy BB gun which our folks never let us possess. (A wise decision, I think. All three boys had trouble enough surviving childhood.) But he didn't list air rifles which we did have and all those play pistols. We also had a plethora of squirt guns but since Carter does list the Super Soaker (alas, too expensive a water weapon to ever make it under our Christmas tree), I'll let that pass.

But, like I said, Joe Carter's list is still quite impressive. And he's done us all a nice service not only for you to go on over and see if your favorites made the grade but to use as a conversation starter for family gatherings. Thanks, Joe.