Patients Dying of Dehydration in Britain...By the Hundreds 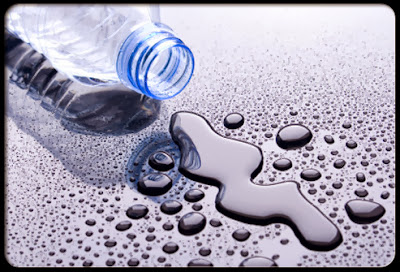 Is the sanctity of life a dead ethic in Great Britain?

Yesterday I posted links to two recent stories from the Daily Telegraph dealing with the acceptance by key political and “health” leaders in Great Britain accepting sex selection abortion.

And here today is one from Ben Riley-Smith in the same newspaper dealing with the horrible trend in British hospitals and “care facilities” of letting patients die of dehydration — more than a thousand patients in the last decade!

More than 1,000 care home residents have died of thirst or while suffering severe dehydration over the past decade, The Daily Telegraph can disclose.

Elderly and vulnerable patients were left without enough water despite being under the supervision of trained staff in homes in England and Wales.

The Coalition has failed to improve the situation, with more people dying while dehydrated last year than when David Cameron took office, although the total was lower than the 2006 peak.

Charities called for an urgent overhaul in social care, saying that the general public would be outraged if animals were treated in the same way.

“How can we call ourselves civilised when people are left to starve or die of thirst? … It is an utter disgrace that they are ever left without the most basic care,” said Dr Alison Cook, a director at the Alzheimer’s Society.

Figures obtained by this newspaper under freedom of information laws found that 1,158 care home residents suffered dehydration-related deaths between 2003 and 2012. Dehydration was named as either the underlying cause of death or a contributory factor, according to analysis of death certificates by the Office of National Statistics.

Some 318 care home residents were found to have died from starvation or when severely malnourished, while 2,815 deaths were linked to bed sores.

The real figures are likely to be far higher because residents who died while in hospital were not included.

Campaigners said the disclosures raised serious concerns about the way vulnerable elderly people were treated and why the Government had failed to decrease the numbers dying of thirst after more than three years in office…
Posted by DH at 6:52 AM