Young Adults Are Rejecting the Gamble of ObamaCare 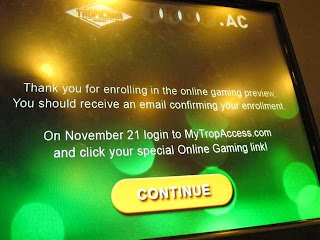 From "A Roll of the Dice" by John Fund, national-affairs columnist for National Review Online.

President Obama is back selling his health-care law with the manic intensity of a late-night-infomercial pitchman who knows that if he doesn’t move the product, it could be discontinued.

Here’s Obama aiming his comments at young people this Wednesday: “The product is good. It’s affordable. This is a big deal, to quote Joe Biden. And if you’re a student-body president, set up a conference on campus. If you’re a bartender, have a happy hour.”

Only 29 percent of uninsured young people say they will definitely (13 percent) or likely (16 percent) enroll in new plans via the exchanges. Despite an avalanche of public-service ads, thousands of “navigators” — glorified sales reps — recruited from Obama-friendly nonprofits, and numerous celebrity endorsements, the product isn’t moving.

The Harvard study found that the president’s job approval among young people is down to 41 percent. A full 57 percent of young people now oppose Obamacare, with those believing it will lower the quality of health care outnumbering those who think it will improve the quality by more than two to one…

In fact, there is some evidence that young people may be more willing to gamble with their future than to buy Obamacare. I live in New Jersey, where Internet gambling has just been legalized… And indeed, fifty thousand people signed up online for New Jersey’s gambling sites in the first week. That compares with 741 who signed up for Obamacare during all of October. Yes, the Obamacare website has been plagued with problems, but the disparity between the two programs is still eye-popping.
Posted by DH at 6:38 AM