Fracking Is an Incredible Boon to U.S. Economy & Environment: So Why Is the Government Against It? 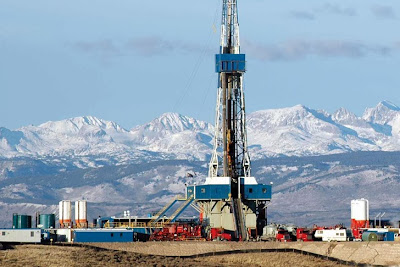 The recovery of natural gas through smart drilling and hydraulic fracturing is cutting energy costs and raising living standards throughout the United States, a newly published study has found. Economists at IHS Inc. report hydraulic fracturing, also known as fracking, will likely raise average U.S. household income by $2,700 per year and create 1.2 million new jobs by 2020.

Hydraulic fracturing is the process of extracting oil and natural gas from shale rock layers deep within the earth. Engineers drill thousands of feet below the earth’s surface and then create cracks in the shale formations by injecting water, sand, and trace chemicals under high pressure. Although energy producers have utilized fracking since the middle of the last century, Americans are benefiting from a fracking revolution today thanks to recent technological advances and new oil and natural gas discoveries.

“A revolution is under way in the production of unconventional oil and natural gas that is transforming America’s energy future and strengthening its overall economy,” the study reports…

The study also found the increase in manufacturing production will create a $51 billion increase in annual revenue for federal, state, and local governments by 2020.

The United States leads the world in shale oil and natural gas resources, and fracking is giving American entrepreneurs a new edge in global economic competition, the study observes.

“The unconventional [energy] revolution is also contributing to a shift in global competitiveness for the United States by unlocking new production cost advantages for U.S. industries benefitting from lower prices for raw materials and the energy they use,” according to the study.

The only appreciable danger to this increase in production and revenue, the authors state, is government regulations or prohibitions. Although top EPA officials have repeatedly testified they have never found a single incident of the fracking process contaminating groundwater, environmental activists claim fracking endangers groundwater and seek to ban or severely restrict fracking...