Lemons for the Ages: The Edsel & ObamaCare 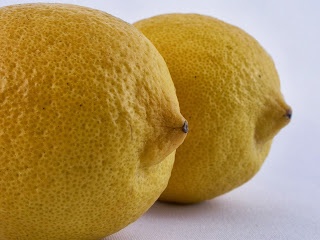 Last month, as the President, HHS Commissar Kathleen Sebelius, and their media toadies hyped the imminent launch of Obamacare’s dysfunctional insurance exchanges, few bothered to observe the 56th anniversary of “E-Day.” Don’t remember E-Day? This, believe it or not, was how the delusional leadership of Ford Motor Co. referred to the September 1957 rollout of another great American flop — the Edsel. That misbegotten vehicle, whose goofy name has long since become synonymous with “spectacular failure,” had much in common with Obamacare. Both were based on bad ideas, full of much-ballyhooed features that didn’t work, and were despised by the public.

The bad ideas for both boondoggles were hatched as little more than marketing ploys. “The idea for the Edsel,” as the Washington Post later reported, “came from Ford executives who were thinking about market niches when they should have been thinking about cars.” In the case of Obamacare, the idea came from campaign aides looking for a catchy sound bite that could be used by an obscure Illinois Senator running for President. He needed to say something about an issue to which he hadn’t given much thought. Thus, without any serious policy discussion, they suggested that he simply announce his intention to pass universal health care by the end of his first term: “Thus was born Obamacare.”

In both cases, the hype continued to receive far more attention than the development of the product. Edsel was already a household word before there was a car upon which to rivet the name. A mere three months before the its debut, the paucity of photos showing the entire Edsel forced Newsweek to run a lead story with a cover that showed only a wheel and part of its front bumper. Likewise, the basic elements of Obamacare remained a mystery even as it was debated by congressmen and Senators who obviously hadn’t read the bill. This horrifying reality was forever memorialized by Nancy Pelosi when she advised the American people, “We have to pass the bill so that you can find out what’s in it.”

All of this might have been forgiven if either of these products had lived up to the hype. Sadly, neither came close. The American consumer knows a lemon when he sees one. And, despite the fanfare with which both were introduced, the Edsel and Obamacare had clearly been produced in citrus groves. The Edsel, when it was finally unveiled, proved to be a profoundly ugly automobile. Its most notable physical attribute was a grill that bore an unmistakable resemblance to a toilet seat. Obamacare, for its part, came with the individual mandate, the Soviet-style Independent Payment Advisory Board, and a list of new taxes that exceeded the worst fears of its most ardent opponents.

Even worse, neither the Edsel nor Obamacare worked properly. The former, as the Post went on to report, had mechanical problems that transcended its aesthetic shortcomings: “Oil pans fell off, trunks stuck, paint peeled, doors failed to close and the much-hyped ‘Teletouch’ push-button transmission had a distressing tendency to freeze up.” Likewise, the wheels came off Obamacare as soon as it was rolled out…

Oh, this is rich. And David Catron isn't done with the all-too-illustrative comparison so read the rest of "Obamacare and the Edsel: A Tale of Two Lemons" here in the American Spectator.
Posted by DH at 8:51 AM