Are the Republicans the "Bad Guys" in the Shutdown? 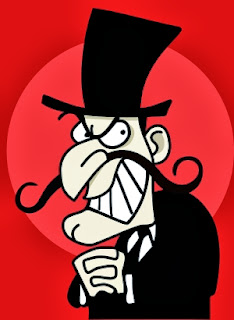 Have the Republicans "damaged their brand" in the government shutdown crisis?

That's certainly what the liberal media insist is happening. In fact, that's even what a lot of kinda' conservatives are suggesting too.

But Michael Ramirez, a senior editor for Investor's Business Daily, persuasively argues that the authentic conservatives in Washington desperately needed to make this stand. And not just for the future prospects of the G.O.P., but for the future of America as a continuing democracy and a viable economic power.

Below are a few excerpts of Ramirez' IBD column, "At Stake For Republicans: Principles And The Party." But I do I urge you to follow the link and read it in full.

No one wants a government shutdown, but the principles behind this one are worth fighting for. The shutdown challenges Obama's reckless policies and brings to light the real danger they pose, something the media refuse to do…

The Republican Party once stood for fiscal restraint, smaller government and individual liberty. Standing up for these principles is not only important to protect our nation's health and the preservation of our fundamental rights but also to ensure a future for the GOP.

The biggest threat to our nation is the unprecedented debt that this administration has racked up in record time. The $16.7 trillion we owe is now bigger than U.S. GDP and works out to almost $53,000 per person. Unfunded liabilities from our entitlement programs now total $126 trillion. The massive bureaucracy needed to implement and manage ObamaCare will not only damage the economy and raise the cost and diminish the quality of medical care. It will add a trillion dollars to our debt burden...

ObamaCare is one of the main reasons why our economy continues to underperform and why health care costs have been rising. It has created uncertainty in the marketplace and has had a huge negative impact on the structure of employment through incentives to shift jobs from full-time to part-time.

Nor will ObamaCare deliver on most of its promises. In fact, it does quite the opposite: Premiums are on the rise; taxes and penalties will reduce the availability of medicines, medical services, medical devices and doctors; and 30 million Americans will remain uncovered...

Our legislators are supposed to reflect the will of the people. It's their job to protect their constituents from the unchecked power of government and fight for principles, regardless of the odds of winning or losing.

This is even more important today, with an imperial president who rules unilaterally, cavalierly ignores constitutional boundaries, dispenses lies and half-truths with greater frequency and is rapidly increasing how much of our private lives government can control.