Yet More Bad Apples in the TSA? (This Is Getting Monotonous.) 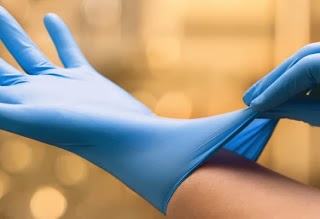 * "At least two Transportation Security Administration officers at Dallas-Fort Worth International Airport have been arrested in a police sting operation involving stolen parking passes and dozens of others could be in trouble, NBC 5 has learned." (NBC DFW)

* Only 16 airports have private screeners, and Florida Congressman John Mica blames TSA scare tactics. "TSA intimidates the airports." Mica continued, "We need to get the government out of the personnel business. "It's failed in almost every instance to stop people known to have terrorist credentials."

Mica said a recent government report that showed a 26 percent increase in TSA misconduct proves the agency needs an overhaul. Officials said TSA workers were caught sleeping on the job, stealing from passengers and fast-tracking friends and family. In one case, a TSA worker tried to get a relative's bag past security without screening it. (The screener wasn't fired, by the way. Just suspended for a week.) (WFTV, Orlando)

* And from "Patience with TSA is just about up" (Christopher Elliott, USA Today)

...The [latest] GAO report is notable for two reasons. First, no other official report card has come this close to reflecting the traveling public's deep disappointment with America's federal screeners or with the TSA's apparent disinterest in fixing itself.

The study, which found a 26% rise in employee misconduct in the last three years, outlined numerous agency sins, such as transportation security officers who failed to conduct security or equipment checks or who simply allowed passengers and baggage to bypass screening.

It also described an organization that appears disinterested in improving its image at a DNA level. Of the 9,600 cases of employee misconduct analyzed by investigators from 2010 through 2012, less than half resulted in letters of reprimand, less than a third resulted in suspensions of a definite duration, and just 17% resulted in the employee's removal....
Posted by DH at 11:02 AM