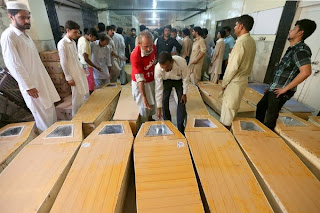 In Western news-making and opinion-forming circles, there’s a palpable reluctance to talk about the most noteworthy thing about modern Islamist violence: its barbarism, its graphic lack of moral restraint. This goes beyond the BBC's yellow reluctance to deploy the T-word – terrorism – in relation to the bloody assault on the Westgate shopping mall in Kenya at the weekend.

Across the commentating board, people are sheepish about pointing out the historically unique lunacy of Islamist violence and its utter detachment from any recognisable moral universe or human values. We have to talk about this barbarism; we have to appreciate how new and unusual it is, how different it is even from the terrorism of the 1970s or of the early twentieth century.

We owe it to the victims of these assaults, and to the principle of honest and frank political debate, to face up to the unhinged, morally unanchored nature of Islamist violence in the 21st century...

Brendan O'Neill, author, writer and editor of "spiked," has the must-read article of the day. That article is entitled, "I'm sorry, but we have to talk about the barbarism of modern Islamist terrorism" and you'll find it here in the Telegraph.
Posted by DH at 9:59 AM