ObamaCare -- Bad for Jobs & Economy. But Bad for Marriage Too? 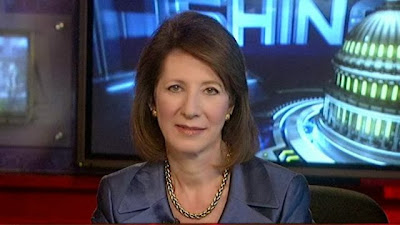 Diana Furchtgott-Roth, the former chief economist of the U.S. Department of Labor who now directs Economics21 at the Manhattan Institute, has some very disturbing news about ObamaCare -- news that you won't be hearing from President Obama's lapdog press.

...As well as effects on hiring, the subsidies in the Affordable Care Act, could increase the incentive to divorce and discourage marriage.

Under the Act, if workers have affordable single-family coverage from an employer — coverage that by law workers are obligated to accept — their family members will not be eligible for premium subsidies on the exchanges. This can make the cost of insurance for some low- or middle-income families unaffordable. But if they divorce, they get the subsidy.

Without subsidies, low-income families will not be able to afford to buy insurance on the state exchanges. The Internal Revenue Service estimates that family plans will cost $20,000 (in after-tax dollars) a year by 2016. Anyone under 400% of the poverty line, currently $94,000 for a family of four, qualifies for a subsidy — unless a family member has employer-provided insurance.

In a 2011 National Bureau of Economic Research working paper , Cornell University professor Richard Burkhauser, Indiana University professor Kosali Simon, and Cornell PhD candidate Sean Lyons showed that in 2014, when the law will take full effect, 13 million low-income Americans may be unable to get subsidized health insurance through new state health care exchanges because one family member has employer-provided coverage for that person only.

Perversely, the only way for other family members to get subsidized coverage would be for the spouses to get divorced. Then the spouse without coverage and the children could get coverage on the exchange.

Furthermore, since premium subsidies are on a sliding scale, two married people getting their coverage on the exchange would pay more than if they were single.

The structure of the Affordable Care Act will increase the already widening gap between the rich and the poor. More divorces and fewer marriages at the lower end of the income scale result in more households headed by singles. Children in these families often have fewer advantages and lower educational performance, making it harder for them to get a well-paying job when they grow up.

There will be many glitches when the state exchanges open for business on Oct. 1. But the effects of the Act on job creation and marriage — two of the stepping stones to the American dream — are even more damaging.
Posted by DH at 8:46 AM