Afraid to Make a Primary Choice? 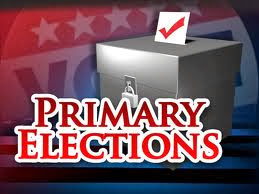 There are several distinguished conservatives running for Nebraska governor this time around and that makes it difficult to decide just who to throw in with as the primary campaign develops.

For not only are there the candidates themselves to carefully consider -- their positions, their character, their strategies, and their electability -- but there are often the dangers of disappointing (even offending) good friends who happen to prefer the other guy.

Many avoid that second problem by not getting involved in the primary at all. Even if there is a particular candidate they think would be best, they hunker down and wait until the party candidate is actually nominated before declaring their preference to friends, sticking in a yard sign, or making a donation.

But that approach doesn't best serve the interests of a spirited and effective political process. In fact, it doesn't even serve the best interests of authentic friendship.

And so last night we were in Lincoln to hear Pete Ricketts talk about why he's running for Nebraska Governor. We know Pete slightly -- Claire and I earnestly supported Pete in a previous political race and he and I are both on the Advisory Board of the Nebraska Coalition for Ethical Research. The affair last night was hosted by good friends of ours: Kay Orr, Jim & Suzanne Gage, and Taylor Gage. They are enthusiastically supporting Pete and they are certainly friends whose spiritual character and political acumen we trust.

Pete was engaging, honest and spot on regarding the important issues. His comments about educating young people for trades, lowering taxes in order to more effectively retain and recruit employers, and standing strong on the moral issues of marriage, religious freedom, gambling and, of course, promoting and defending the sanctity of life were especially good.

So will we again be putting a Pete Ricketts sign in the yard again? Perhaps.

But there are a couple of other candidates we're going to check in with before we make our decision. They too are well qualified pro-life advocates with solid positions, proven character and servant's hearts. They are Mike Foley (another Advisory Board member of NCER) and Beau McCoy.

I'll be reviewing these guys in subsequent posts so stay tuned.

And don't be afraid of making a declaration during the primary. You will undoubtedly have friends "trusted and true" who support one of these other fellows. That's fine.  In fact, if your conversations about the candidates are marked by humility and honesty, understanding and balance, your friendship will be the better for it. As will our state's political strength.
Posted by DH at 2:37 PM