The TSA Is Still Out of Control

Vital Signs Blog has been posting news and commentary about the 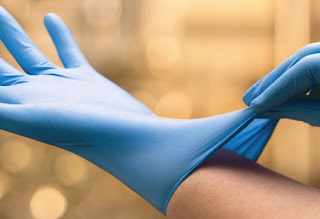 shameful, sophomoric and counter-productive activities of Janet Napolitano’s TSA agents since late 2009. Indeed, because the TSA's bullying of innocent American citizens has been so brazen and bizarre, I'm afraid that there have been an awful lot of posts here protesting their behavior.

And it looks like there will be plenty more. For despite the agency's promises to better screen their screeners, improve the efficiency and demeanor of TSA agents, eliminate the most explicit bodyscanners and invasive patdowns, and so on...the TSA just keeps getting worse.

And get ready -- the TSA's reach (pun intended) is now becoming much more comprehensive. No kidding. If you thought that being stressed, harassed and humiliated at the airport was bad, just wait until the TSA agents start pawing you while you're waiting to get in the concert, the circus, the cruise ship, or anywhere else where people need to queue up.

Between 2010 and 2012, TSA misconduct increased by 26 percent, according to a report released this summer from the Government Accountability Office. If a business experienced a similar increase in misconduct, it would address the problem by firing all culpable employees. If a government agency experiences a rise in misconduct, everyone gets a raise: Despite 26 percent more TSA misbehavior, Big Sis Secretary of Homeland Security Janet Napolitano is now using more of your money so she can expand Operation Creeper. Isn’t that terrific?...

Back in 2005, our government authorized the creation of Visible Intermodal Prevention and Response (VIPR) teams under the purview of the Transportation Security Administration (TSA). VIPR teams were supposed to conduct random sweeps at transportation centers other than airports.

Now, the Obama administration has expanded the VIPR program to unconstitutional and unprecedented levels. VIPR teams will conduct security clearances in more places where the TSA is not—which is pretty much anywhere human beings gather or move outside of airports. For example, rodeos, music festivals and train stations...

In 2008, there were 10 VIPR teams and today there are 37 VIPR teams. The VIPR program has a $100 million annual budget and was responsible for—wait for it—“8,800 unannounced checkpoints…outside of airports last year,” reports the New York Times.

In other words, the VIPR teams made 8,800 unauthorized passes at Americans in 2012 in addition to and completely separate from all the gropey and unconstitutional TSA searches that were conducted in 2012.
Posted by DH at 11:45 AM