Beware the Next Wave Against Freedom of Religious Speech 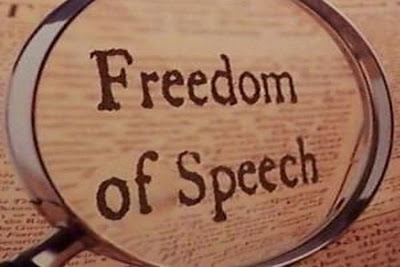 Being a pro-life activist for over 30 years, I have faced numerous challenges to the supposedly guaranteed freedom of speech in America.

I've been tossed in jail for silently praying on the steps of the Supreme Court (when the Court wasn't even in session and where a large and raucous pro-abortion crowd had been allowed to have a public rally just hours before).

I've been tossed in jail for praying on a public sidewalk in front of an abortion clinic (again, a place where police allowed pro-abortion demonstrators to assemble en masse with nasty signs and screaming obscenities through bullhorns).

I have campaigned against the city of Omaha whose prosecutor and police were using an unconstitutional law (one designed long ago for use against labor picketers) to prohibit the freedoms of speech, association and even the peaceful presence of pro-life advocates on a public sidewalk. Thankfully, we eventually won that case.

But I've also lost a court case against an abortionist who was using water sprinklers to, quite literally, "dampen" free speech. The ridiculous ruling from the judge declared that the abortionist was allowed to spray water over the public sidewalks (and into the streets) as long as the water did not spray higher than the neck level of a tall man; namely, me. (I'm not kidding.)

And finally, I have faced opposition to free speech on college campuses, in print, over radio airwaves, and more. So when I hear people dismiss the threat to free speech that is represented by the politically-correct police of the left, I cringe. For the dangers to free speech on not on the Orwellian horizon...they're already here.

With all of this said though, I believe that the repression of free speech in the public square that Christian pro-life activists like myself have faced over the last few decades is but a shadow of the sinister forces of repression that are gathering now -- forces that are planning to suppress not only the freedom of speech but of conscience and religion.

And those muzzlers of free speech are not content with controlling the public square anymore. Oh, no. Motivated by their irrational zeal against natural sexuality and marriage, the silencers are coming right into your church sanctuary.

The Associated Press reports that some churches are taking steps to change their bylaws after the Supreme Court’s recent ruling on the federal Defense of Marriage Act out of a desire to protect themselves from potential claims by same-sex couples. The article reported that some critics argued that such changes were unnecessary and amount to “a solution looking for a problem.”

But as an attorney who defends the constitutional freedoms of churches on a daily basis, all the assurances of those who have been actively seeking to redefine marriage that they will not target churches ring hollow in light of what is already happening. For example, Hawaii passed a civil-unions law that took effect last year. One of the provisions of the law specifies that if a church allows members of the public to use its facilities for weddings, then it cannot deny a same-sex couple the ability to use the church building for a same-sex ceremony. Just last year, the city of Hutchinson, Kansas, attempted to pass an ordinance mandating the same thing.  The FAQs for the ordinance specifically stated: “For example, if a church has a parish hall that they rent out to the general public, they could not discriminate against a gay couple who want to rent the building for a party.”

Across the pond, a same-sex couple is planning to sue the Church of England to force the church to host its ceremony.

Those who imply that churches are silly or misguided in seeking to protect their constitutionally guaranteed freedoms by proactively adopting bylaw changes simply do not understand the coming threat – or even just simple prudence. There is reason for churches to act now to be prepared.  Alliance Defending Freedom offers free resources to help churches in this process.

Don’t listen to those who claim that churches should do nothing because no threat exists. It doesn’t take an attorney to know that the evidence speaks for itself.

And for the latest example of what we're talking about, read the Heritage Foundation report from Ryan T. Anderson, "Same-Sex Marriage Trumps Religious Liberty in New Mexico."