The Violent Persecution of Christians Isn't Just in the Middle East 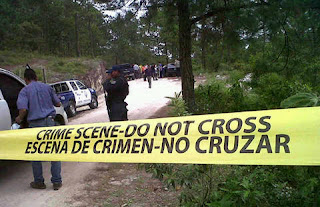 From Fuerza Latina Cristiana and reprinted by Voice of the Martyrs website:

Eight pastors have been murdered in Honduras in 2013 alone. In the most recent attack, which took place on June 19th, Pastor Eduardo Mejia was stabbed to death. Pastor Mejia led a church called "God Is Love." The other seven pastors killed over the first half of this year have all died from gunshot wounds.

An estimated 600,000 illegal weapons circulate in Honduras, and most are owned by criminals. According to data released by human rights organizations, Honduras has one of the highest murder rates in the world...about 85 per every 100,000 people. To date, none of the cases involving the murdered pastors has been solved.

While we know these servants of the Living God will be the recipients of His promised eternal reward for their faithfulness in ministry service, let us pray that this truth and the reassuring presence of Jesus will greatly comfort the hearts of their grieving loved ones and congregation members. According to Psalm 34:18, "The Lord is close to the brokenhearted."

We are also mindful of our need to pray for the salvation of the perpetrators who are serving the enemy as 'workers of iniquity' by taking these pastors' lives. May they one day be able to personally experience God's mercy, forgiveness of sin, and His greatest gift of grace which is salvation.
Posted by DH at 11:21 AM