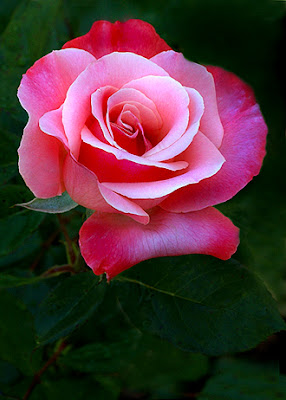 What a grand day we had yesterday.

We started things off with a leisurely drive up to Herman (about 10 miles north of Blair) where I had been asked by Pastor Doug Russell to preach the Sunday morning sermon. It turns out that Doug had been a student at Grace Bible college back in the 80s and had joined us in pro-life witness at an abortion mill in south Omaha then. We had a good time reconnecting and the church family was also very gracious, hospitable and encouraging.

Herman Community Church is one of the very few churches that support Vital Signs Ministries and so we were particularly honored to be a part of their service. Also, it was great to touch base with several other friends that we've known over the years.

Thank you so much, Herman Community Church, for your wonderful reception yesterday and your generous support of our work.

We had to take a "rain check" on a lunch invitation from Pastor Russell and his family because we had to get back to Omaha to pick up our repaired Oldsmobile (thanks to Jeff Bledsoe from Christian Car Care) and to finish preparations for a special performance of "When Swing Was King" at Word of Hope Lutheran Church in Ashland.

I managed to finish the "WSWK" program in time for the evening event but a wrong turn (my bad) and then incorrect directions from Google Maps (their bad) threatened to make us late for the party. But we made it. Long time friends Wilson and Sandy Metz welcomed us and showed us around (Wilson, a veteran leader in the Omaha area of Christian men's ministries is now the pastor of the church.)

With a "WSWK" poster and the lure of dessert treats, the church had used the local paper and word of mouth to promote a fun evening for seniors throughout the area. But this was the first such event the young church had sponsored and so no one knew what to expect. It was a very pleasant surprise then when the guests began to arrive -- in a steady stream. By the time we were scheduled to start, the church was full!

Wilson gave us a very kind introduction. And with just a quick word of introduction, we were off. The set up was fantastic -- two large screen, overhead TVs on each side of the sanctuary and two large speakers. It really helped the crowd get into the swing of things (pun quite deliberate). They loved the music, the photos, the commentary. And, though only a few of the audience was from the church, the whole bunch stayed afterward for the desserts, drinks and conversation. The people were very gracious and Claire and I found ourselves in a sea of complements, expressions of appreciation, and invitations to return. They weren't even above bribing us by sending us home with peach pie!

It was a swell evening and it certainly appeared to be a very effective "community attraction" event for the church. Maybe your church should consider it too. After all, we're willing. And we're cheap -- a peach pie will do the trick.

Could anything else have made the day more delightful? Actually, yes. Phil Mickelson won the Scottish Open; Kenny Perry completed an amazing comeback to win the Senior Open in Omaha; and a teenager (Jordan Spieth) won the John Deere Classic.