Judging Zimmerman (Do Facts Matter At All Anymore?) 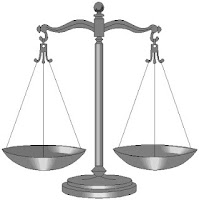 Has there ever been a clearer case of race baiting, irresponsible journalism, and a calculated strategy for social division than what we have seen with the news and commentary on the George Zimmerman trial?

Well, the trial is finally over and despite outlandish behavior by the prosecuting attorneys, enabling help to the prosecution by the judge, and the surrounding media circus that deliberately ignored the facts of the case in their zeal to have George Zimmerman burned, the defendant was cleared of all charges.

Following the verdict, there have been violent and destructive riots, arson, preachers "honoring" Trayvon Martin by preaching in hoodies, and death threats to Zimmerman, members of the jury and policemen. President Obama, as usual, has ignored the facts of the case and delivered comments which further divide the nation, encourage the protests, and push one of his pet projects, the counter-productive fiasco of government gun control.

Is there no shame left in America? No desire for a rational, unbiased examination of facts before making sweeping judgments -- judgments that are so bold as to include another's mind and motivations?

But, before you do, you might want to check out these illuminating articles on the matter:

* "A Dagger at the Heart of Justice" (Mark Steyn, National Review)