A Dark Future for Natural Marriage? 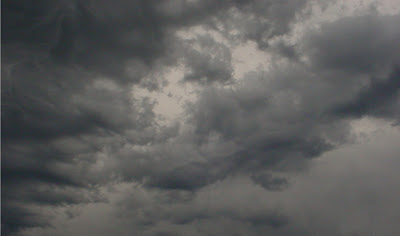 Dr. Greg Gardner, our friend and pro-life colleague from Birmingham, England, sent along an update from Family Education Trust, one of the key defenders of natural marriage in the U.K. Greg said of this letter, "This is about as accurate a summary as you can find about the recent same sex ‘marriage’ travesty." I think he's spot on and I wanted to pass it along.

The letter is written by Norman Wells, the Director of Family Education Trust, but it features several paragraphs from Michael Lord, the Baron of Framlingham. Here is an excerpt from that letter.

As you may have seen in the press, the Marriage (Same Sex Couples) Bill completed its parliamentary passage at the beginning of this week and received Royal Assent yesterday.

Having campaigned vigorously for many months in support of the legal definition of marriage as the voluntary union for life of one man and one woman to the exclusion of all others, we are extremely disappointed by this outcome.

How did we get here?

Less than a decade ago, when civil partnerships were being introduced for same-sex couples, the minister for constitutional affairs, Lord Filkin, told the House of Lords: “The concept of homosexual marriage is a contradiction in terms, which is why our position is utterly clear: we are against it and do not intend to promote it or allow it to take place.”

Prior to the 2010 General Election, same-sex marriage did not feature in the election manifesto of any of the three major political parties. Yet in spite of a complete lack of any electoral mandate, in March 2012, the government published a flawed consultation document that read more like a declaration of intent. By framing the document in terms of ‘how’ and not ‘whether’ to legislate for same-sex marriage, the government registered its determination to redefine marriage, regardless of what the public thinks.

Both during the consultation period and during the passage of the Bill through Parliament, the government made it clear that it was not interested in a meaningful debate in which all the issues could be thoroughly explored. It ignored over 500,000 members of the general public who had signed the Coalition for Marriage petition and declined to engage with the serious concerns that were raised by parliamentarians in both the House of Commons and the House of Lords.

In the course of Monday’s Third Reading debate in the House of Lords, Lord Framlingham spoke for us all when he said: “Today has the potential to be deeply sad for this House and for millions of people -- children, parents, families, teachers, clergymen -- indeed, anyone who believes in the traditional family unit and its fundamental role in the life and cohesion of our country…

“The questions that many are asking are: why now and why the haste? The simple truth is that the coalition Government have colluded with equal love campaigners and the European Court of Human Rights in bringing…an appeal against our country’s long-established and settled position on marriage. There was a suggestion -- some would call it a threat -- that if legislation were not brought forward by June this year then changes would be forced on us. The House of Lords Library tells me that as legislation is proceeding the case in the European Court of Human Rights will probably not now be pursued. What outrageous, behind-the-scenes arm twisting.

“The result is that not one meaningful amendment has been accepted, not because none has been worthwhile but for the sake of entirely contrived deadlines, which suit campaigners in a hurry and a Government who want it off their plate well before the next general election. How cynical and how dangerous. Given the huge effect the Bill, if passed, will have on millions of people, what an abuse of the parliamentary system to put speed before truth. So many important issues causing great concern have been left unresolved and hanging in the air, such as the effect on teachers, faith schools, the issue of adultery, consummation, the effect on registrars, which has already been referred to, and the use of premises -- issues touching the lives of thousands every day, not to mention the effect on marriage itself.

“Those of us who have sat through all the stages of the Bill and have watched the Government knock down amendment after amendment have despaired at their intransigence. This House prides itself on being a revising Chamber. On this Bill it has been a bulldozer. We are being used to bulldoze through an ill thought through Bill, the ramifications of which the people have not begun to understand. All great issues are essentially very simple. We make them complicated when we do not want to face them or when we are anxious to hide their true meaning and purpose. This Bill is built entirely on pretence. It pretends that there is no difference between a man and a woman. From this deceit have sprung all the problems we have been wrestling with—problems we have failed to resolve and which will bedevil generations to come. How can we possibly give our blessing to legislation built on pretence?”...
Posted by DH at 10:19 AM