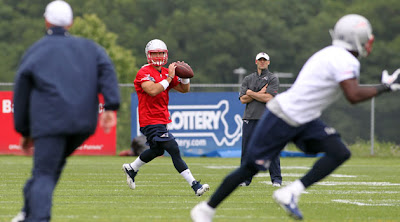 While reading an ESPN report on Tim Tebow being signed by the New England Patriots, I couldn't help but notice that the reporter referred to him as "one of the NFL's most polarizing players."

So just why is he so polarizing?

Oh, yeah. He is a devout Christian.