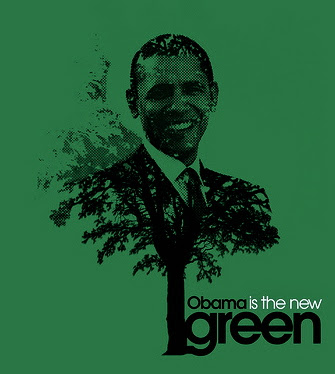 In case you haven't heard, Barack Obama is not letting abysmal failure, outrageous scandals, dismal poll numbers, public exposure of his lies and incompetence, popular anger towards he and his wife's lavish arrogance, or the Constitutional separation of powers deter him from his mission to "fundamentally transform American society."

Read these excerpts from the superb National Review editorial, "Obama’s Radical Climate Agenda"  and get ready for the next stage of the culture wars.

It is remarkable that when the scientific consensus on global warming is at its weakest state in years, President Barack Obama has decided to make the issue a new focus of his troubled presidency — and, indeed, that he intends to use the issue as the launching pad for a radical extension of federal power even more significant than his health-care takeover...

Global warming, contrary to the predictions of the best climate models, is not accelerating. It is slowing, and some estimates show it having been reversed. The warmest year on record was 1998, and there has been significantly less warming in the last 15 years than there was in the 20 years before that. The Economist, which supports measures to control greenhouse-gas emissions and has been a reliable hotbed of warming alarmism, conceded: “There’s no way around the fact that this reprieve for the planet is bad news for proponents of policies, such as carbon taxes and emissions treaties, meant to slow warming by moderating the release of greenhouse gases. . . . They will become harder, if not impossible, to sell to the public, which will feel, not unreasonably, that the scientific and media establishment has cried wolf.”

If only President Obama simply had cried wolf. Instead, the president announced that, on behalf of “all of humankind,” he is in effect directing the EPA to take over the American economy. New power plants will be subject to emissions controls, and existing plants will have to be retrofitted to comply with new standards. New restrictions on heavy trucks will affect the movement of freight and goods across the country. New subsidies will be handed down for politically connected energy firms, and federal lands will be set aside for their use. New federal impositions will affect the construction of factories, commercial buildings, and private homes. The president says that this is all enabled by the “overwhelming judgment of science.”

It certainly has not been enabled by something so mundane as the law. We rather suspect that the overwhelming judgment of Congress would be against the president’s program of regimenting the entire American economy under the management of a newly empowered EPA. But the president has made it clear that he intends to act largely through administrative fiat, subverting the democratic process and the people’s elected representatives. Unhappily, the Supreme Court has abetted this ambition by misconstruing the Clean Air Act as a warrant of action on global warming.

The United States is poised for an energy renaissance, which is already under way in places such as Texas and Pennsylvania. The new energy economy stands ready not only to put millions of Americans to work and bring billions of dollars of new wealth into the economy but also to significantly change the balance of power in the world: Oil is the top contributor to our trade deficit, and energy supplies from the Middle East, Venezuela, and other unstable areas are a key security and economic vulnerability. Rather than develop what we already have, the Obama administration is threatening to hamstring our most likely source of economic growth and new jobs for the coming generation in the hopes that fads such as solar power will pay off. That is not justified by science, by economics, or by sensible policy analysis.

What it is, in fact, is an attempt by a foundering administration to change the subject from scandal to sunshine.
Posted by DH at 7:54 AM